GRAINCORP has posted a profit from underlying earnings before net interest, depreciation and amortisation of (EBITDA) from continuing operations of $108 million in the year to September 30, a stark contrast to its $107M loss recorded in FY19.

In announcing the company’s FY20 results today, GrainCorp managing director and chief executive officer Robert Spurway said the company was regaining its momentum as eastern Australia pulled out of drought, and would be issuing its first dividend since FY17.

“We’re delighted after two years to be able to declare a dividend of seven cents,” he said.

“We are building momentum.”

They include the Fraser Grain Terminal in Vancouver, Canada, which is due to commence operations in FY21.

GrainCorp recorded a statutory net profit after tax of $343M, compared with a $113M loss in FY19.

The turnaround in the NSW season from drought to bumper harvest has been a major driver of GrainCorp’s improved position, and the demerger of the United Malt Group, in which GrainCorp retains a stake of around 8.5 per cent, and the sale of Australian Bulk Liquid Terminals have also assisted.

“It’s left us in a really strong position.”

Mr Spurway downplayed the impact of China on the value and outturn of grain exports from eastern Australia.

“That’s not a feature or concern we have in our outlook.

“We’re seeing good demand for Australian grain across the board.

“That’s a natural hedge against volatility or uncertainty.”

“That’s not in response to geopolitical issues.”

Mr Spurway said that as of today, GrainCorp had received 3.9M tonnes of grain from the current harvest, and daily deliveries were up around the 300,000t mark. 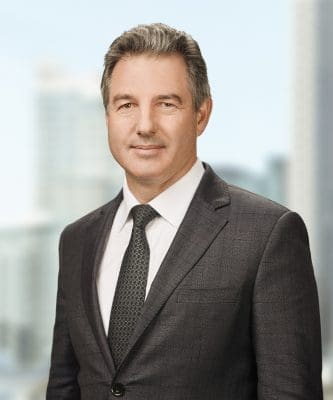 While the La Niña weather event has brought rain to some harvest-ready crops, Mr Spurway did not see downgrading as a major issue in receivals to date.

“We’re not seeing the impact of that coming through our network.”

On top of its full-time workforce, Mr Spurway said the company had employed more than 3000 harvest casuals.

Mr Spurway said the eastern Australian crop was shaping up to be at least as big as the FY17 crop, and was currently estimated by ABARES at 24.4Mt, compared with a drought-hit 11.4Mt in FY20.

He said the impact of COVID-19 on the company had been minimal financially, but had expedited a switch to contactless grain deliveries to GrainCorp sites spread across eastern Australia.

“That means it’s a COVID-safe harvest for our people and our growers.”

Capital expenditure in FY20 included investment in the Yamala site near Emerald, Queensland, and Berrybank, west of Geelong in Victoria, as well as around $10M spent on extra equipment including tarpaulins for the current harvest.

Its agribusiness segment reported a profit of $52M in FY20, which compares with the FY19 loss of $94M, despite the tonnage handled in FY20 being lower than FY19.

GrainCorp’s EBITDA result was helped by the $47m benefit from its Crop Production Contract (CPC), a $58M gross receipt less a $6M premium and a $5M fair-value adjustment.

This is the first year GrainCorp benefited from the 10-year CPC with White Rock Insurance, which aims to smooth GrainCorp’s cashflows through the climate cycle.

Mr Spurway said a maximum pay-in to the CPC of $70M could be expected in FY21. Mr Spurway said COVID had reduced global demand for woodchips, which pass through some GrainCorp terminals.

He said cement and woodchips were two commodities which could continue to contribute to GrainCorp’s non-grain income.

“Even in large harvest years, there’s latent capacity that we can use to generate earnings…and we will continue to do that as we recover from the drought.”

Mr Spurway said agtech, alternative proteins and canola meal were among the areas which warranted further investigation as worthwhile investments.

“We see a real opportunity over time to invest in and explore the way the world thinks about canola meal.”

“We’ll be looking for areas where we’ve got a right to win, and where we can grow the business in a sustainable way.”

This includes the FutureFeed partnership with CSIRO to develop a seaweed extract-based animal feed product that cuts methane emissions and increases productivity.

“We’re very confident about the amount of grain coming into our network.

Mr Spurway said GrainCorp’s assets were well placed to receive and export the bumper crop now rolling in, and that some grain carry-over into FY22 would assist the financial momentum of the company.

Enabled by the current harvest, GrainCorp’s projections for a normalised grain-production year see domestic demand being satisfied by 11-13Mt out of this year’s total production, with the excess translating to carry-out and export surplus.

With eight export terminals dotted along the eastern Australian coast from Mackay in Queensland to Portland in Victoria, GrainCorp is expecting to handle roughly 70-75pc of bulk business, and 10-20pc of container sales.