IMPROVED connectivity for mobile and broadband services has been named as the number-one priority by GrainGrowers’ in its list of election asks from Australia’s incoming government.

The list has been put forward on behalf of GrainGrowers’ 17,000 farmer members across Australia ahead of the federal election called for 18 May.

GrainGrowers’ David McKeon said the organisation was calling on the new government to implement all recommendations from the Regional Telecommunications Review to ensure access to infrastructure, consumer protections and digital inclusion. 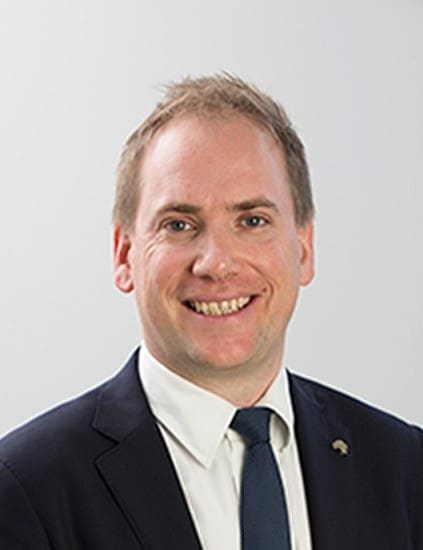 “Better connectivity is at the very top of our list because growers need better access to news and information, and to farming technology and tools, and government services,” Mr McKeon said.

“Connectivity is essential for all farm businesses to operate efficiently and adopt new technology, but blackspots, slow speeds and poor service are hampering regional Australia every day.”

The seven points on the list were determined from member and industry input, including more than 500 survey responses, and cover the following points GrainGrowers has identified which would best advance the Australian grains industry:

GrainGrowers said Australian supply-chain costs were higher compared with those of its competitors, which penalised its growers through lower grain prices and reduced profitability.

The organisation has therefore asked for the incoming government to develop a targeted infrastructure-investment program that removed bottlenecks along the supply chain.

GrainGrowers said the program should utilise the CSIRO TraNSIT model to assess all agricultural infrastructure projects.

It has also asked for support of increased utilisation of higher productivity vehicles through the reclassification of all suitable roads to allow road-train and B-double access, and ensure agricultural freight is a high priority in the National Freight Strategy.

GrainGrowers has asked for support and confidence in Australia’s regulatory system to be maintained to ensure ongoing access to current and emerging technologies, and improve Australia’s ability to attract new technologies and products.

“Adoption of research and new technologies is essential to ensure the sustainable growth of grains, to meet the needs of customers and the community and to remain globally competitive.”

GrainGrowers has also called for ongoing matched funding contributions from government to agricultural research-and-development organisation to match the corresponding levies paid by growers.

GrainGrowers has called for the adoption of a National Class 1 Agricultural Vehicle and Combination Mass and Dimension notice, which covers at least 80 per cent of the current agricultural fleet.

It said this move would reduce the amount of red tape involved in growers moving agricultural equipment, often over short distances and at specific times of year, by providing simple and practical to keep Australia moving and safe.

GrainGrowers has called on the new government to do all it can to provide access to open and fair markets as crucial factors in the success of the Australian grains industry.

In addition, it has asked Australia’s next government to prioritise initiatives that eliminate non-tariff barriers which penalise Australian farmers.

A commitment to addressing “trade-distorting domestic agricultural policies” in overseas countries via the Cairns Group, WTO and direct representation has also been called for.

GrainGrowers’ is calling for the introduction of a temporary incentive on weather-related insurance premiums, and the broadening of Farm Management Deposits, to help farmers better manage risk.

“The tools farmers use to prepare for and manage climate risk lack flexibility, and that’s why we’re calling for Farm Management Deposits (FMDs) to be transferred between generations, and to be used by companies and trusts.

“When we look at tax, it’s important to keep in mind that farm businesses are modernising and changing, and taxation system needs to change to keep in line with that.”

Currently, only individuals can hold FMDs.

“For FMDs to be able to be held by businesses would be of benefit across the entire ag sector because it would help to reduce the limits currently in place on offset schemes.”

GrainGrowers has also called for the new government to introduce a 150-per-cent tax incentive for five years to support the development of a sustainable insurance market in Australia.

GrainGrowers has said the grain industry lacks a level playing field when it comes to the supply chain because a small number of regional monopolies affect more than 20,000 individual grain-farming businesses.

The organisation has therefore asked for the introduction of a mandatory grains stocks-reporting scheme in Australia, and free and public access to Australian Bureau of Statistics monthly grain export data.

Mr McKeon said the Australian grain industry would benefit from free and frequent public reporting on stocks and export figures, such as that provided by the USDA within in the US.

“For growers to have to pay for the development of information, and then to pay again to access it, does not sit well in a free market.”

It has also asked for an Australian Competition and Consumer Commission market study into the grains supply chain, and an extension of the Wheat Ports Code to all grains, and improved reporting requirements in accordance with the recommendations of Wheat Port Code Review.