Nidera Australia has this week officially joined forces with COFCO, sealing many months of work to enmesh the Australian company within the global business. 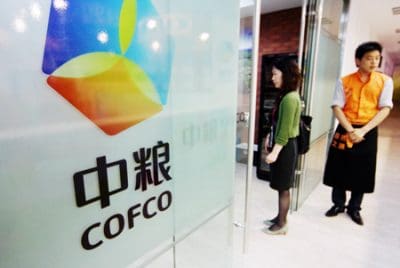 COFCO has completed its buyout of Nidera. Photo: kelp4less.com

The conglomerate business has the world’s largest agricultural importing markets in its sights, and will use the financial muscle of its parent to fund trade from origination.

It exports foodstuffs from every major origin and ships to major destinations, significantly China; a six-continent supply chain.

From its Toowoomba base, Nidera operates throughout Australia trading mainly in wheat, barley, sorghum and pulses. It exports milling wheat, and feed barley from container ports and bulk terminals around Australia.

Nidera has built strong penetration in sorghum trade, sourcing NSW and Queensland grain for sale inter alia to China, and has a significant share of the peas and chickpeas trade from eastern Australia to South Asia.

Its origins date back to the 1960s, when it expanded its operations, from provincial agent as the China National Cereals, Oilseeds and Foodstuffs Import and Export Company, to include global trade.  Its first office opened in Australia in 1989.

The COFCO Agri business is based in Melbourne.  It is a shareholder in Quattro grain terminal at Port Kembla.

The announcement of COFCO’s buyout of Nidera was made in August last year.