A POPULAR feature on our sister website, Beef Central, is a regular compilation of people movements around the industry – appointments, retirements, achievements, acknowledgements – from across the private and public sectors. Published below is Grain Central’s first similar installment, which will become a regular feature. Send your submissions to “People on the Move” to [email protected]

Mr Honey had a background in the wool industry and in grain marketing risk management before joining GTA in 2003.

He worked in various strategic positions advising government including the Wheat Industry Expert Group that assisted with providing advice on transitioning towards market deregulation in 2008.

Over his 13 years with the organisation, he was instrumental in expanding the membership base and developing standards for grain trading and marketing in the post-AWB single desk era.

THE Tractor and Machinery Association (TMA) has appointed Gary Northover as executive director, replacing Richard Lewis who has stepped down after more than six years in the role.

This incorporated the Cat Rental Store brands in Victoria and Tasmania and the Max Hire business in NSW and Queensland.

Prior to this he filled roles within Brambles Industries Wreckair Hire business and most recently has been operating as a management consultant.

RICHARD Haire has been appointed the new chair of the Cotton Research and Development Corporation (CRDC). 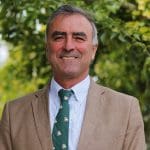 Mr Haire has held many leadership positions within the cotton sector. Most recently, he was managing director and regional head of Olam International, and prior to that, CEO of Queensland Cotton.

Mr Haire is also a former CRDC director, having served on the CRDC board from 2011 to 2014.

ALICIA Garden stepped down from the role of chief executive officer of GrainGrowers in early August.

Ms Garden started with GrainGrowers as an information technology specialist before being appointed as general manager – products and services. She was appointed to the position of CEO in 2014. 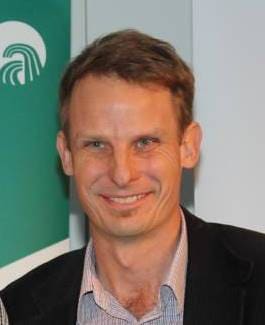 THE Grain Industry Association of Western Australia (GIWA) in July elected the managing director of GroIQ, Richard Williams, as interim chair to lead GIWA through to its annual general meeting on Wednesday, October 5, 2016.

Dr Williams has over 25 years’ experience in customer relations, quality management and operations in the grain supply chain.

He replaces outgoing chair and chair of the GIWA Wheat Council, Sean Powell, a grower from Quairading.

FORMER Nationals minister and Federal member for the NSW seat of Riverina, Kay Hull, has been appointed the new chairwoman of the Rural Industries Research and Development Corporation (RIRDC).

Ms Hull will replace Professor Daniela Stehlik who has been in the position since April 2010.

RIRDC relocated from Canberra to Wagga Wagga in southern NSW in February. 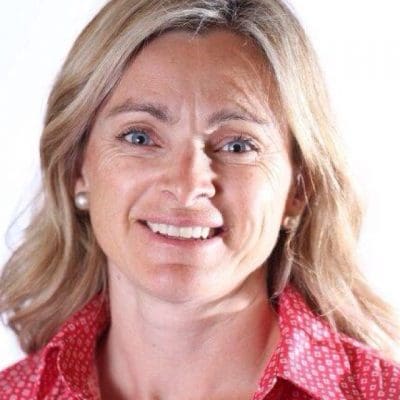 MARY Raynes has been appointed the new operations manager for Grain Trade Australia (GTA) where she is primarily responsible for the management of the GTA Technical Committees and Dispute Resolution process.

Ms Raynes has been involved in all aspects of the grain industry, and is particularly known for her work with the Victorian Department of Primary Industries and Pulse Australia. She is a graduate of the Australian Rural Leadership Program.

Mr Minogue operates a mixed broadacre farming business and an agricultural consultancy, Agricultural and General Consulting, at Barmedman in south-west NSW and is a former GRDC southern panel member.

Mr Clark was a northern panel member since 2005 and panel chair since 2008.

Mr McKinnon is a former Syngenta executive and has been involved in global agriculture technologies for more than 20 years.

He will lead the market development and expansion of Farmers Edge beyond its current base in NSW to meet the demand for integrated precision agriculture solutions across Australia.

CHRIS Kelly has been awarded life membership of Grain Trade Australia (GTA) in recognition of his outstanding contribution to the Australian grain industry and its development.

He was the first chairman of GTA when it transitioned from NACMA in 2008 and has been active within merchant organisations in NSW and Victoria, and at a national level since the late 1990s.

Mr DuBourg has nearly 20 years’ experience in agribusiness, including the past 14 years as technical services manager with rural services provider, IK Caldwell.

VICTORIA’S Plague Locust Commissioner, Gordon Berg, has hung up his boots, taking leave from the end of August and set to officially retire in January.

Mr Berg started working for the government in 1973, when he took a job as an agricultural scientist in Burnley. He has been chasing locusts ever since.

In 2009 he became Victoria’s Plague Locust Commissioner, and was instrumental in managing the response to the 2010 locust plague.