THE increased use of precision agriculture practices and other workarounds can play a key role in softening the impact of potential agricultural input shortages due to COVID-19, according to recent Rabobank research.

As the nation’s grain growers begin sowing the winter crop – in some of the most favourable seasonal conditions experienced in recent years for many – optimism has been tempered by concerns the coronavirus pandemic may restrict availability of supplies of some imported agricultural chemicals and fertilisers. 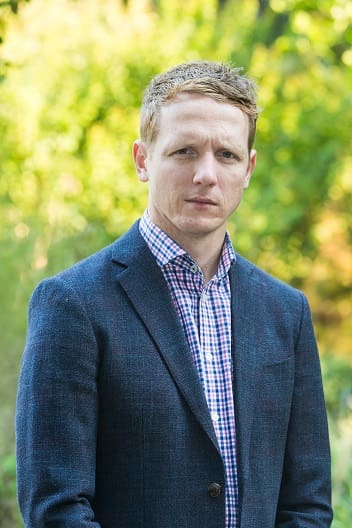 Rabobank agricultural analyst Wes Lefroy said while the bank’s research indicated adequate supplies of agricultural inputs – including urea and agrochemicals – would be available in most instances, in cases where there were supply shortages, satisfactory alternatives or workaround strategies could be adopted.

These include the expanded use of precision agriculture practices, such as plant and soil testing and variable rate application.

“The source of this interruption may be at production, or moving the product by road or at the port.”

Despite earlier concerns regarding the availability of agrochemicals, Australian growers have generally been able to access adequate stocks to begin seeding.

However, more recently, urea imports have become an increasing concern to growers, particularly those looking to make the most of the first favourable soil moisture they have seen for some time following good rainfall and on the back of a promising outlook for the season ahead, Mr Lefroy said.

“In the event of major disruption to supply which causes shortages of either fertiliser, including urea, or agrochemicals, we see a number of ‘work arounds’ for growers to consider,” he said.

“In light of a potential reduction in the availability of inputs for this season, we consider the full use of available precision agriculture practices will help growers maximise ‘bang for their buck’. This includes soil testing, plant testing and variable rate technology to ensure maximum efficiency of ag chemical and fertiliser usage,” he said.

Mr Lefroy said following a below-average crop for many farmers across the country last season – and in some cases for multiple past years – residual nutrients in the soil were likely to be higher than usual heading into the new season, allowing for lower rates of fertiliser application.

“In addition, a wet summer will have driven greater mineralisation of nitrogen in the soil,” he said.

“So, both of these factors mean, in some cases, additional nutrient requirements may be lower than usual.”

Mr Lefroy said growers’ planting intentions might be altered according to the suite of chemicals and fertilisers available to them.

“In particular, early-planted crops, such as canola may be most at risk of substitution in favour of cereals, which can be planted later in the seeding program, when inputs arrive.”

Assessing alternative weed management strategies should also be a consideration.

“Depending on the availability of particular chemicals, some growers may be forced to change the suite of chemicals used on a crop,” he said.

Mr Lefroy said growers would be prudent to maintain regular contact with suppliers about the availability of ag chemicals in their region and to consult with their agronomists about “plan B and plan C should adequate ag chem and fertiliser not be available”.

With most of the season’s phosphate requirements already on farm, all eyes are on urea – both in terms of import volumes and prices – ahead of nitrogen application during winter and spring, Mr Lefroy said.

“We are now heading into the key importing period for urea in Australia,” he said. “On average, 60 per cent of our yearly imports of urea arrive on Australian shores during the April-July window. And Australia typically imports 90 per cent of its total urea requirements, so we are heavily reliant on global supply chains.”

“And, in a scenario where supply was interrupted from the Middle East, sufficient alternative urea would be available from China, Indonesia and Malaysia – with whom we also have a strong trading history,” he said.

In terms of pricing, after an 11 per cent bounce in global urea benchmarks (FOB ex-Middle East) during late Feb and early March, prices have since retreated seven per cent in USD terms, and lie well below the five-year average.

“Chinese urea production has also increased to 70 per cent utilisation after the COVID-19 shutdown period in China. So, as the domestic spring peak finishes, we expect China to have more urea available for export which will weigh on global prices,” Mr Lefroy said.

However, despite favourable global prices, Australian growers should expect to pay slightly more than they budgeted for fertiliser this season, Mr Lefroy cautioned, due to expectations for a sustained lower Australian dollar.

“Taking into account the currency impact, local prices will remain slightly above average for the next three months,” he said.

Mr Lefroy said while not forecast by the bank, a scenario where there was a significant disruption to global or local urea supply chains which prohibited arrival of product, remained a potential risk in the current circumstances.

“If this were to occur, it would bring some significant upward movement to local prices, which will be amplified if we saw favourable rainfall conditions accelerate demand,” he said.

For agricultural chemicals, Rabobank said, a “perfect storm” had impacted some supplies – especially for glyphosate and trifluralin – with a combination of pre-existing lower production and higher local demand being compounded by disruptions to production and logistics in China due to the coronavirus pandemic.

“Prior to COVID-19, the ag chem supply chain was already under severe pressure,” Mr Lefroy said. “This was due to a couple of factors. From 2017 to 2019, China cut agro-chemical production by 44 per cent due to a combination of tighter environmental regulation and the Chinese government addressing domestic over-supply issues.

“With China supplying approximately 90 per cent of Australia’s agri chemicals, this lower supply was compounded by an increase in demand sparked by significant rainfall in early 2020, diminishing stocks held by local retailers.

“Then on top of this, COVID-19 has caused disruption to production and logistics in China, which added an estimated three to five-week delay on stock coming into Australia.”

However, Mr Lefroy said current observations were that Chinese ag-chem production was ‘ramping-up’ and logistics chains had started to move supply out of China to export markets, which would help address shortages.

“In the past couple of weeks, a number of major suppliers have reported arrival of new shipments and product on the water,” he said.

“Some retailers have more stock than others and this varies from region to region. In the majority of cases, growers will have enough inputs to commence sowing as planned.”