The Hilux Index: Comparing historical grain prices to the cost of a ute The cost of a Hilux has increased since the 1970s. Pricing of wheat and barley haven’t kept the same pace.

The amount of canola hasn’t really changed much from 92t in the 1990s.

Productivity, to an extent, has kept up

One of the questions we have regularly had over the years:

“How many tonnes of X do I need to sell to buy a Hilux/Landcruiser/Commodore compared to the old days?”

It’s been one that we have always wanted to look at but never got to it.

So, let’s look into how much grain you need to sell to buy one Hilux. We chose the Hilux as it is a good quality farm ute which has been sold for a long time in Australia and will continue being so. Sorry Commodore fans.

How many tonnes to buy a Hilux?

We gathered the price per year of a suitable Hilux from each year since 1979 to the present day, along with the annual average price for wheat, barley and canola.

Grains have generally not kept pace with inflation, but everything else around us tends to increase in price. The Hilux is no exception (even before the COVID tax).

The story isn’t quite the same with canola; the average decade range has been 91-100t required to buy a Hilux. 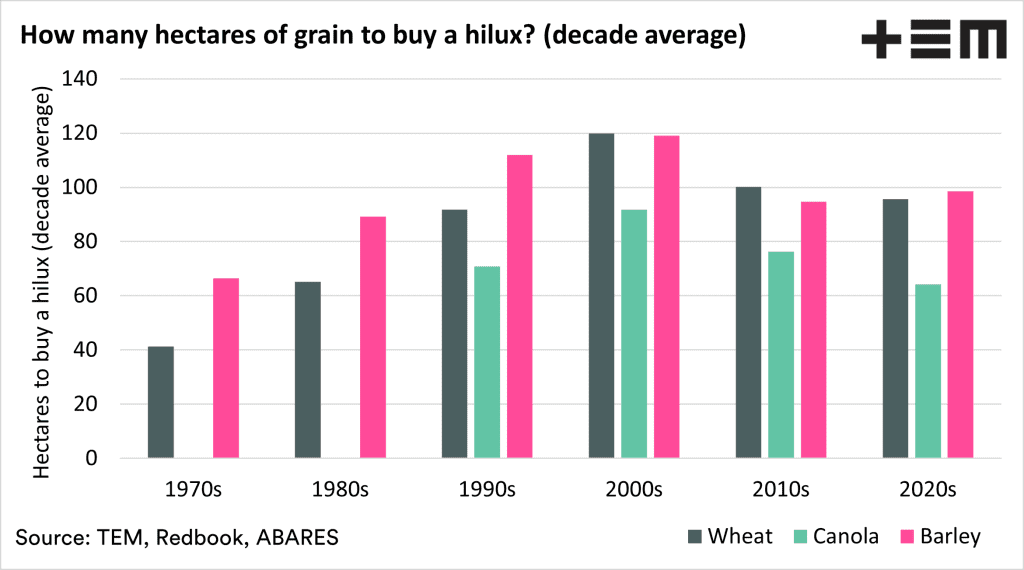 The chart above displayed the decade average, but the chart below shows the annual average prices. As we can see, the canola and Hilux pricing has increased at a much greater pace than that of wheat or barley.

Remember, the pricing in these charts is nominal, meaning they are the prices on the day and do not consider inflation. 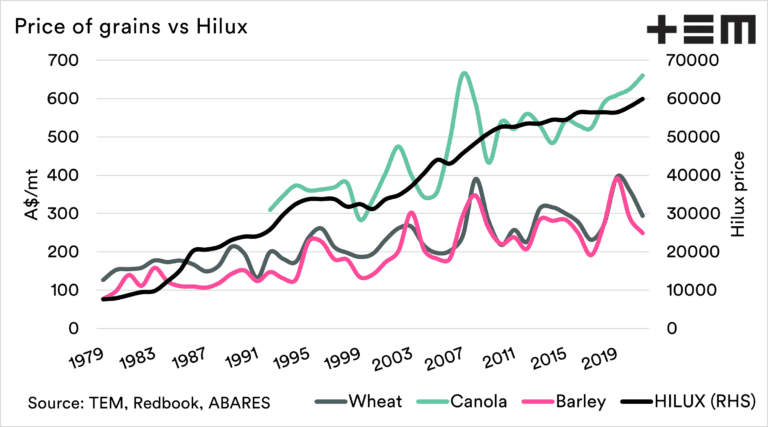 One of the reasons that the pricing of wheat and barley have only had ground slowly higher over the decades is a result of productivity. As an analyst, it’s our job to look into the fundamental questions and delve in a little further. So what is the number of hectares required to purchase a Hilux?

So we gather the annual average Australian yield for each commodity and then calculated how many hectares would be required to purchase a Hilux.

This changes the story quite a bit. It was the best time to buy a Hilux in the early decades, but the range since the 1990s hasn’t been that large in terms of the number of hectares needing harvesting. 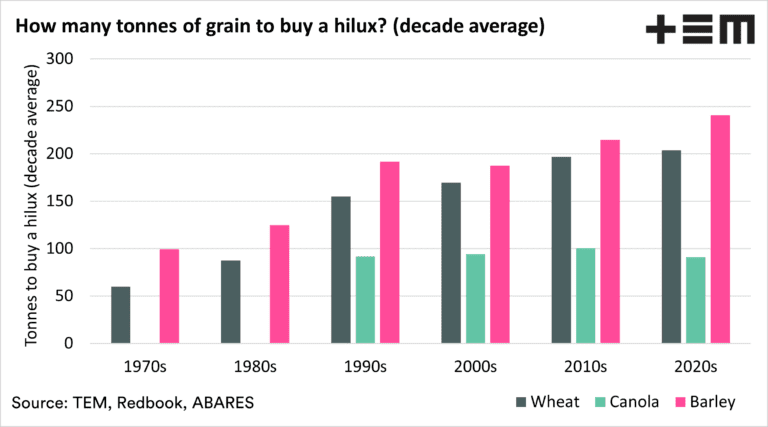 What does this analysis tell us?

Firstly, that my colleague, Matt Dalgleish, and I need a better hobby and/or a social life. In reality, though, it does show the effect (or lack of) of inflation on pricing.

The price of a Hilux has gradually increased in price. However, commodity pricing hasn’t risen at the same pace. The compound annual growth rate of a Hilux has been 5 per cent, whereas the wheat has been 2pc and barley 3pc.

My next question for the industry and the agronomists out there is – can productivity keep pace with the costs in the rest of the world? 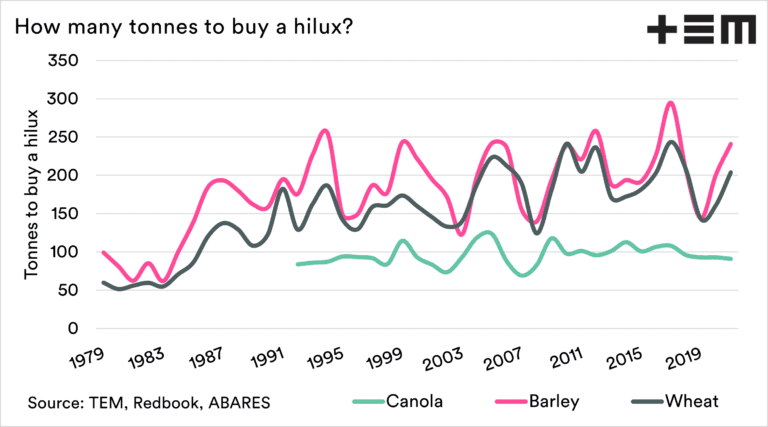 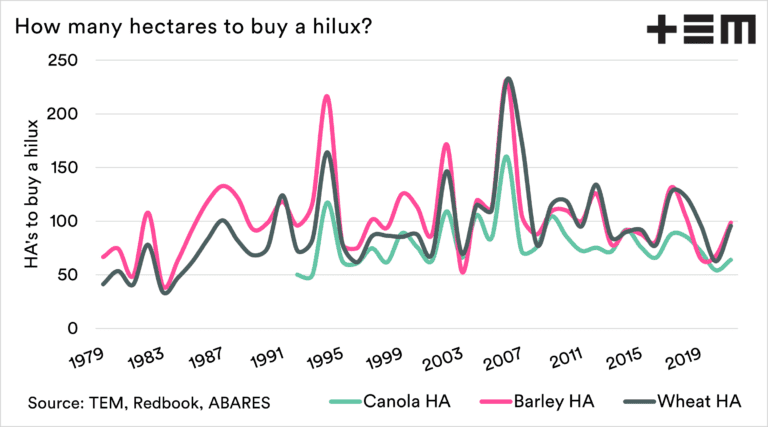