‘We are still learning to develop distinctively Australian farming systems’ 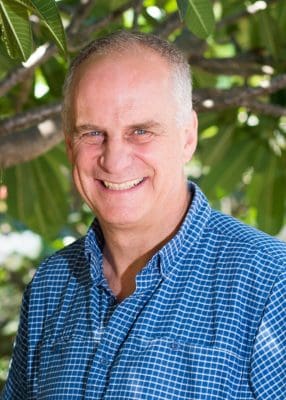 Andrew Campbell, chief of the Australian Centre for International Agricultural Research (ACIAR), told this week’s Restore, Regenerate, Revegetate conference at the University of New England (UNE) that Australian agriculture has a lot to be proud of — and a lot more to achieve.

Prof. Campbell, who was Australia’s first National Landcare Facilitator in the early 1990s and managed the pioneering Potter Farmland Plan project in the 1980s, mused on the changes that have occurred in environmental restoration over the last four decades.

“I would guess that many districts look in far better health today,” he said.

“But we have a long way to go before we can say we’ve developed sustainable, profitable, resilient agricultural systems across the whole continent.”

He explained this challenge to nearly 300 people who travelled to UNE to discuss the past 40 years of ecological restoration work in Australia.

Prof. Campbell has been working in agriculture long enough to understand that Australian agriculture represents a major achievement.

“If the planet was a farm, Australia wouldn’t be your best paddock,” he said. “Apart from Antarctica, it would probably be your worst paddock.”

Along with old, depleted soils and comparatively little surface water, Australian farmers contend with one of the world’s most variable climates.

“Against that backdrop the achievements of Australian agriculture are quite remarkable. To have three per cent productivity gains year-on-year, for decades, is something that that hasn’t been matched elsewhere in the economy, and in few industries anywhere.”

And yet, Prof. Campbell told the UNE conference, true sustainability is still some way off.

His view is that the answer lies somewhere in the direction of what has been called “sustainable intensification”.

“We have to be making a lot more money off our best country — whether on the farm, a catchment or a region — and we have to be selling environmental or other services from the rest of the more vulnerable country that hopefully, someone will pay for.”

Setting aside land to provide environmental services has multiple challenges, but the first and primary hurdle is: who pays?

“In order to reward a landholder for doing conservation work, you have to come to terms with the fact that the beneficiaries will usually be off-site, or people who aren’t born yet, or other species,” Prof. Campbell said. “Most of them don’t vote.”

“So getting the policy settings that encourage and reward landholders who act in the community interest is an ongoing challenge. We have some crude tools, like tax incentives, stewardship payments, rate rebates and carbon pricing, but we rarely apply them as we might build a symphony from an orchestra, delivering all the notes from the various instruments in balance and harmony.”

He reflected that getting appropriate policy settings in place, and aligning them with the technological and cultural changes necessary to produce a truly sustainable landscape over decades and centuries to come, is going to be an ongoing challenge.

Australia isn’t alone in this. Prof. Campbell said that many other countries in the Indo-Pacific region are facing similar challenges.

“Australian agricultural science has much to offer our neighbours in improving their food security and the resilience of their food systems, and through ACIAR investments over the last 35 years, Australia has become a trusted science partner in the region, for the mutual benefit of Australia and developing countries.”