Lupins in food shape up for WA’s Wide Open Ag WESTERN Australian company, Wide Open Agriculture (WOA), is working to transform lupins, a pulse mostly used for animal feed, into a mainstream human food by developing a powder which can be incorporated into a range of products from dairy substitutes to plant-based meats and noodles.

Founded in 2015, WOA markets its products under the brand Dirty Clean Food, which sells “sustainable and regenerative” beef, lamb poultry, seafood, eggs, cow’s milk and cheese, and fruit and vegetables as well as the company’s fastest-growing product, oat milk.

“We are a regenerative food and farming company, so wanted to choose things that did really well here in Western Australia and also matched the diversity of a regenerative farming system,” Mr Cole said.

He said making lupins both palatable and the right consistency for plant-protein products has proved difficult in the past.

“[Lupins] are good for soil health, putting nitrogen into soil and are a good break crop, but we tried a few recipes, and we really didn’t get far, mainly around that mouth feel – it can be gritty and a little bit bitter. 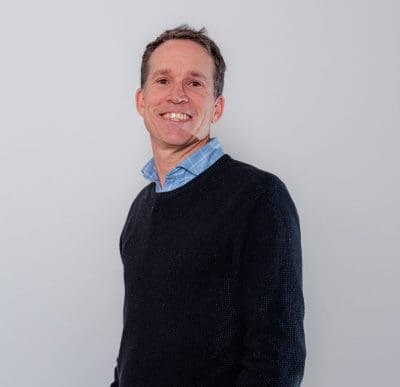 “So, then we heard about this technology, which was being developed locally at Curtin University and we said, ‘wow we really want to see and understand this technology’.”

Mr Cole said WOA took this fractionation technology and worked with the CSIRO to develop it into a system which could manufacture larger quantities of pulse-protein powder.

Through trials and further development, WOA found the process created a powder that removed the earlier barriers of adding lupins to existing plant-based products.

The technology has now been developed to a point where WOA is now about one month away from commissioning a lupin pilot plant, located at Kewdale, a suburb of Perth.

Mr Cole said the plant will produce enough of this powder to launch a new high-protein oat milk.

“We are really excited that the equipment is performing as we expect,” Mr Cole said.

“We hope to release to market by the end of this quarter a very clear pathway that the plant is switched on and operating and producing to a specification that people are anticipating.

“As part of the pilot plant, we also want an off-take agreement with another food company that has their own food brand and that wants to use it across a whole range of categories.

“It could be for a burger, for a noodle or for an egg; any plant-based product that is looking for protein and looking for this blending kind of property that holds everything together.”

Alongside producing additional quantities for another company, Mr Cole said WOA is working towards producing about one million litres per annum of high-protein oat milk supplemented with lupin powder by the end of the following calendar year.

He said alongside production, the plant will also enable WOA to continue refining the powder to suit different needs, as well as testing the specialty process on other pulses.

“[The plant] is still there for research and development purposes.

“We want to learn more about how we can make the lupin protein be more soluble or more gelatinous.

“Also we will try it on other crops like chickpeas and faba beans and lentils and see what we can learn from that as well.” High in protein and easily digestible, lupins are an ideal additive to plant-based foods. Photo: WOA

With WA the largest producer of lupins in Australia, Mr Cole said getting access to locally and sustainably grown pulses was easy.

“Our ideal scenario is if we are producing 10,000t per annum of this lupin protein in the future, we would need around 40,000t of raw lupin which is around 10pc of WA production.”

He said as part of WOA’s goals to provide a clean and sustainable product, growers need to hit benchmarks before being able to supply lupins and other products to the company.

“We don’t allow any detectable chemical residues from any artificial chemical on our grain or seed.

He said this would not prevent WOA from working with breeders to optimise WA lupin varieties to suit their needs.

“The current varieties are good; we have tried three of the main varieties that are grown in WA and they are all yielding well through our fractionation process.

“We are encouraged by that, but we are also interested in talking to the seed breeders.

“I think the breeders have focused on traits that are good for yield and that are good for sheep, but as this technology rolls out, we will be able to have some interesting conversations with those seed breeders.”

Mr Cole said creating a product was only half the challenge with many consumers in Australian and overseas unaware of lupins as a human food, let alone the potential benefits of the pulse.

“I think there is a lack of awareness of lupins.

“We expect there will need to be some education.

“What we are aware of is people are really looking for alternatives to soy and, not just consumers, but food producers are really trying to move away from soy.”

He said the issues surrounding the environmental sustainability of soy – mostly grown in South America – will create a “wave of interest” for new plant-protein sources, such as, lupins, mungbeans, chickpeas and lentils.

“There is some pretty good work being done promoting pulses and lupins by industry groups.

“We want to make sure that other companies are using lupins, so that the word lupin becomes more familiar.”

Mr Cole said European countries like Spain and Portugal already snack on lupins or lupine, similar to peanuts in Australia. 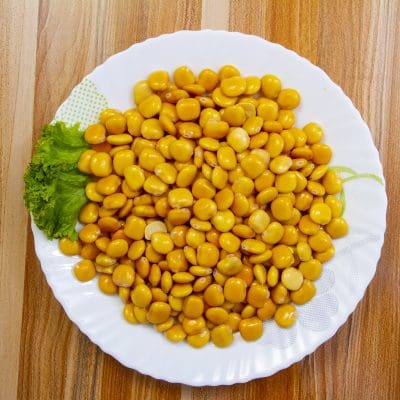 “In Europe we expect even less resistance to having lupin on an ingredient list.”

He said WOA has already sent out samples of the lupin protein to potential bulk customers in Australia, America and Europe to garner early interest for the product.

He said the feedback has been positive in terms of the taste and texture and its suitability for a range of plant-based drinks and foods.

Although in the early stages of product and technology development, WOA has big plans for the future and the pulse fractionation system.

This includes plans to scale-up the technology and construct manufacturing plants in eastern states, which may be suited to processing a variety of pulses.

“If things go to plan, we would love a commercial-scale plant that was switched on half of the time for lupin and the rest of the time for other pulses as well, just to encourage more pulse growing in Australia and WA in particular.

“At this point we are WA only, but we think if the technology goes as well as we hope, we would love to be able to also build these facilities across Australia and locate them close to locations that grow a lot of pulses, which really the east coast does a lot better than the west coast, other than lupins.”

He said creating products, such as pulse powders, would reduce growers’ reliance on commodity markets.

“When you look at the chickpea market, which I think is the largest pulse, it really relies on the Indian export price.

“It would be nice to offer growers a bit more confidence around a stable price, around a protein extract, which is often more stabilised than a raw commodity.

“It’s also a much higher price because it has so much value in it.”

The lupin pilot plant is expected to be commissioned next month, with WOA working towards full-scale operation later this year or early next year.