A PASSIONATE advocate for translating scientific research into practical solutions for growers in his speciality area of grain storage was last night presented with the prestigious 2018 Northern Seed of Light award from the Grains Research and Development Corporation (GRDC). 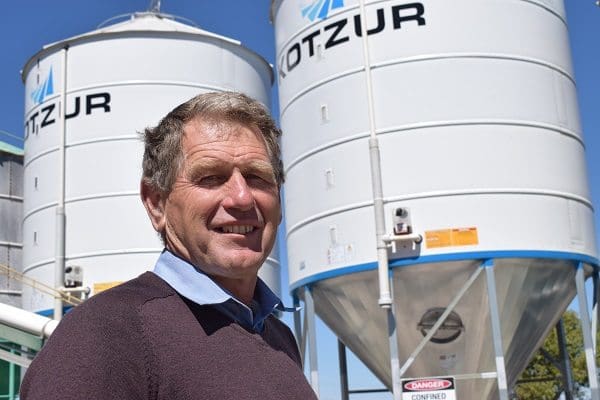 The award recognised the Darling Downs-based expert’s career that has spanned nearly 40 years and earned him a reputation as a “dirt on your boots, practical, pragmatic researcher”.

GRDC Northern Panel chair John Minogue said he was honoured to present the coveted award to Mr Burrill in recognition of the enormous contribution he had made to improving growers’ understanding of grain storage best practice.

“Philip is extremely passionate about agriculture and research and this passion, coupled with his skill as a communicator has enabled him to share knowledge and build strong networks both with growers and the wider grains industry,” Mr Minogue said.

“He has an extensive following across Queensland and New South Wales and has become an invaluable source of quality information for a broad range of people from entomologists working in labs and doing field trials, through to silo manufacturers and growers looking to invest in on-farm storage. 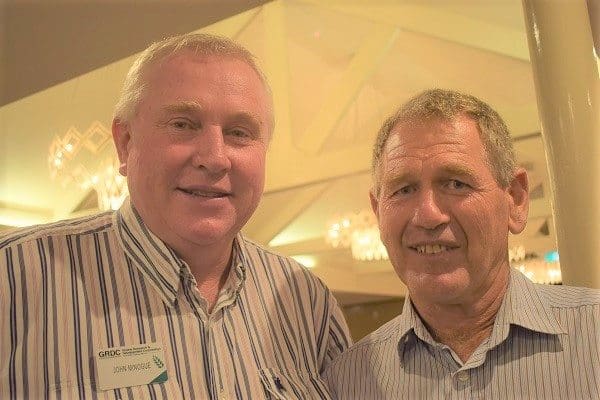 “But it is his very practical, down-to-earth approach to translating and delivering scientific research in a way that every grower can understand and researchers can appreciate that has become his trademark.

“In essence this is how Philip has improved growers’ understanding of effective grain storage and in turn given them increased flexibility and capability when it comes to marketing their grain and that has had major positive implications for farm profitability.”

Mr Burrill is a well-known and widely respected DAF senior development agronomist based at the Hermitage Research Facility, outside Warwick on the Southern Downs.

He is also one of the key researchers working on GRDC’s National Grain Storage Extension project and is an active member of DAF’s Postharvest grain storage research team, regularly undertaking field research.

Ironically more than 40 years into his career he is, in a strictly geographical sense, back where he started as an 18-year-old in his first job helping with field trials and crop research at the Hermitage Research Station.

After four years in that role and with a clearer view of his career goals he headed to Gatton Agricultural College where he studied a Bachelor of Applied Science, majoring in agronomy.

Post-university he decided he needed “on-farm experience” so he spent two years on a broadacre, organic cropping and livestock enterprise with properties near Dalby and Westmar. Then just to build on his “putting science into practice” approach he did a further three-year stint on an irrigated cotton and grain property on the western Downs.

From there Mr Burrill took a job with bulk grain handler, Grainco, where his interest in grain classification and effective storage was kindled. He ended up working with the corporate for seven years reaching the role of depot manager, before deciding change was in order.

His next position was with the Department of Primary Industries (DPI) Information centre in Dalby, this was a one-stop shop for everyone from grain growers to livestock producers and agronomists and put him squarely in the frame for answering or finding answers to tough questions about topics like grain storage.

Then a shift to Inglewood as the region’s DPI district agronomist gave him insight into a more diverse range of crops, and finally in 2001 he was transferred to the Hermitage, where his work in research and grain storage extension began in earnest.

He credits Dr Pat Collins, a former principal entomologist with Queensland DAF with setting him on the path to specialise in grain storage.

“I was always interested in entomology, even as a student, but it was Pat Collins who set me on the path to make it my focus and I remain in-debt to him and the wonderful postharvest team for sharing their knowledge about grain storage pests and control practices,” Mr Burrill said.

“I believe grains storage is critical and growers benefit from the latest information and tools to get it right. They put so much into growing a crop, they wear the risk, bear the costs and are responsible for crop management, so I’m keen to see them with a large share of the reward at the end, during harvest, storage and marketing.

“I think industry wise, we’re getting better and if I can play some small part in that I will. So, my gratitude extends to the growers, researchers, advisers and other industry stakeholders, including GRDC, for recognising me with the Seed of Light Award.

“In my book, it is the ultimate industry award, because it is recognition from my peers and my industry and it acknowledges all the work, way beyond what I do, that goes towards ensuring we have some of the most effective, trusted research, development and extension happening anywhere in the world.”