A YOUNG scientist, who juggles motherhood with farming, and oversees and co-ordinates research projects stretching from southern New South Wales to Central Queensland has been recognised for her contribution to the grains industry. “Felicity is a young researcher, who has already earned a reputation as a forward-thinking, progressive scientist with a passion for leading and educating others,” Mr Minogue said.

“She is the chief researcher for cereal agronomy and physiology projects with field experiments stretching from southern NSW to Central Queensland under the Grains Agronomy and Pathology Partnership, a NSW DPI and GRDC bilateral investment.

“Her current research is focused on understanding the interaction between growth and development in dryland cereals, which will potentially allow growers to use management tactics to adjust the timing of crop development to suit varying and influence yields.”

Mr Minogue said in her key role within this research team, Dr Harris had proved to have an exceptional understanding of crop physiology and agronomy, as well as effective communication skills when working with researchers, agronomists and growers.

“At a national level, Felicity is well known for having identified a genetic source of vigorous growth characteristics in wheat, a finding that is now helping wheat breeders to produce varieties with increased vigour,” he said.

“We are excited about what she brings to the Australian grains industry and are keen to recognise her talents and to support and encourage her passion for grains.”

Dr Harris graduated with a Bachelor of Applied Science (Agriculture) (Hons1) from Charles Sturt University (CSU), and completed her PhD studying the relationship between development and early vigour in wheat.

She has also lectured undergraduate courses at the CSU School of Agricultural and Wine Sciences, and supervised postgraduate students In 2017 she was named Young Agronomist of the Year by the Australian Society of Agronomy.

When there is a problem at the NSW DPI in the Riverina there is one person who can be relied upon to fix it: Deb Slinger. The director of NSW DPI Southern Cropping Systems and Institute Director is well-known for her resourcefulness and innovation when it comes to managing the challenges of a 180-strong team employed in the glasshouses, research trial sites and laboratories within the 900-hectare Wagga Wagga Agricultural Institute complex.

Ms Slinger is equally well-regarded by the southern NSW farming sector, where she has spent the past 25 years effectively communicating the results of scientific research to those working in the paddock.

“Ms Slinger has an exceptional ability to deliver practical information to growers that can help improve their farming systems. She is also widely respected as a problem solver and an innovative, forward-thinking leader when it comes to managing research projects,” he said.

“At the same time, her contribution to the future capacity of our industry can’t be underestimated – a number of researchers started their careers under her mentorship and she continues to be passionate about building agriculture’s research capacity.”

Ms Slinger started her working life as an educator, teaching senior school agriculture and science after graduating from what was then the Wagga Wagga Agricultural College.

In 2001, she joined the Department of Agriculture as its salinity team leader and for the next six years managed the Natural Resources Advisory Services Unit, which provided advice to growers, agribusiness, government and urban clients on soil, water, climate, forestry, salinity and irrigation management.

She then completed a Masters in Applied Science (Agriculture) degree. To date her, career highlights include the annual compilation of the Southern Research Results book, six regional focused Glovebox Guide to Salinity Management and EverTrain, an e-learning program for the Future Farm Industries Cooperative Research Centre.

SOUTHERN New South Wales grain growers, advisers and industry stakeholders heard the latest agronomic advice and recommendations from paddock preparation and sowing through to harvest and storage during the Grains Research and Development Corporation’s Grains Research Update in Wagga Wagga this week.

More than 270 people attended the annual two-day event, which is designed to deliver to industry new knowledge, insights and outcomes from cutting-edge research and development. 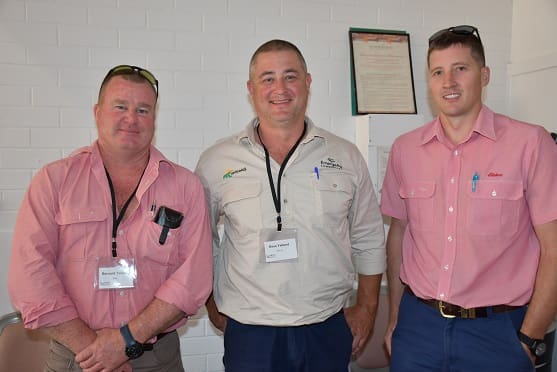 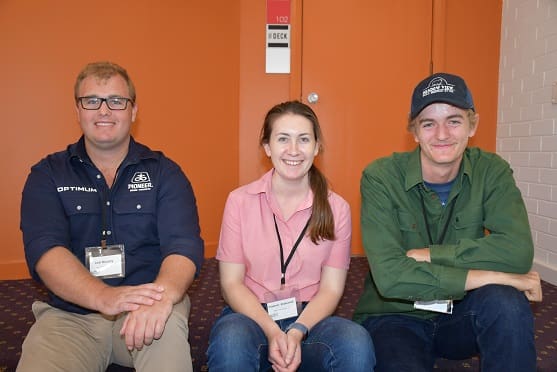 Finley grower Geoff McLeod used the updates as an opportunity to catch up with FAR Consulting’s Nick Poole. 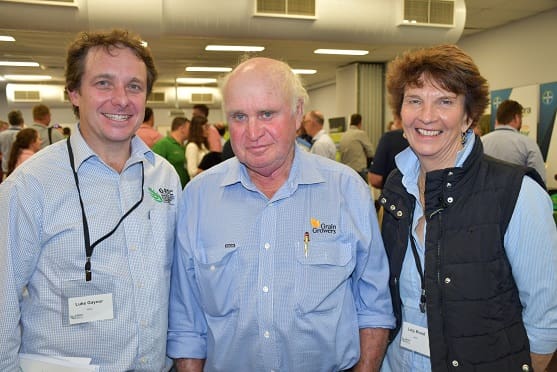