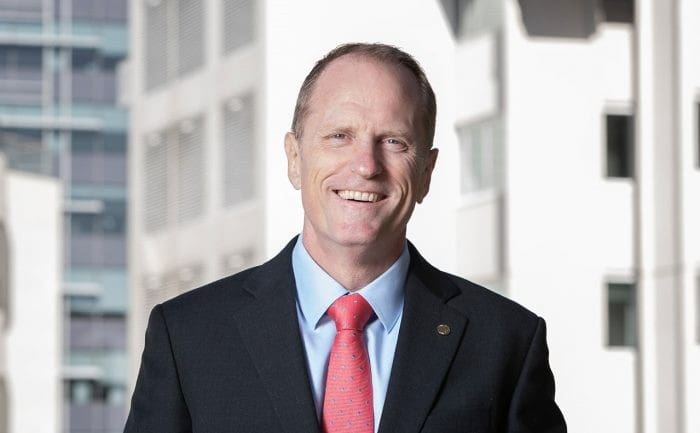 Current head of the Australian Petroleum and Exploration Association, Andrew McConville, is now the new leader of the Murray–Darling Basin Authority (MDBA).

He comes with three decades of experience in resource economics and financial management, including leading large-scale organisations.

“It is an honour to lead an organisation that works with the Basin states to manage this important water resource on behalf of all Australians,” Mr McConville said.

“To be successful we must continue to work collaboratively with Basin governments and Basin communities so we can understand the issues and the real-world impacts of Basin Plan implementation and river management.”

He takes over from acting chief executive Andrew Reynolds and will officially join MDBA on June 19.

Dr McVeigh brings with him decades of experience in strategic leadership roles, strong connections to regional Australia and a personal, professional and academic background in water policy.

He will help to establish the panel of experts from fields such as hydrology, engineering, infrastructure and ecology, who will look for water infrastructure opportunities that could improve delivery and reliability of water right across the southern Basin.

The panel will conduct a 12-month assessment of the future readiness of the southern Murray-Darling Basin water delivery infrastructure in the new financial year.

It will also assess whether existing infrastructure is able to meet the needs of a modern, future-focused river system and develop a priority list of infrastructure opportunities. 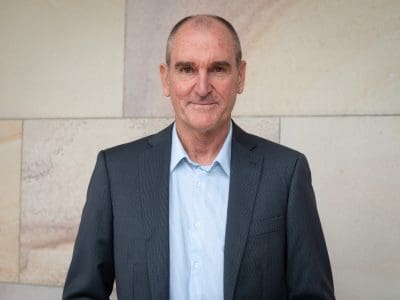 Agricultural scientist, Michael Udvardi, has taken up the new role of Professor in Legume Genomics at the University of Queensland’s Queensland Alliance for Agriculture and Food Innovation (QAAFI).

Professor Udvardi received a PhD in plant biochemistry in 1989 from the Australian National University (ANU).

After postdoc positions at Washington State University and at CSIRO Plant Industry in Canberra, he worked at the ANU before taking an associate professor position at the Max Planck Institute of Molecular Plant Physiology in Germany.

Between 2006 and 2021, Professor Udvardi worked as professor then director of Plant Biology at the Samuel Roberts Noble Foundation and finally as Chief Scientific Officer of the Noble Research Institute in the USA.

Throughout his research career he has focused on understanding symbiotic nitrogen fixation in legumes, using biochemical, molecular, genetic and genomic approaches in model, crop and forage legumes.

As part of his new role, Professor Udvardi  is keen to build up a research program that sits well within the priorities of QAAFI, legume breeders and Australian farmers. 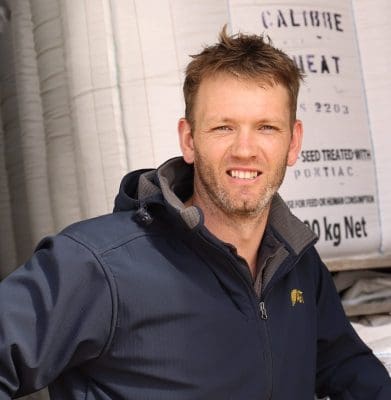 Mr Koster commenced with AGT in early 2021 in an agronomy and marketing support role but has been promoted to managing AGT’s variety awareness and technical support activities throughout SA.

He will now be AGT’s primary contact for SA growers and agronomists looking for information on AGT’s wheat, barley, durum, canola and lupin varieties.

“I’m very excited to take on this role and to have an opportunity to contribute to the continued success of a great company,” Mr Koster said.

“This year we are bringing some exciting new varieties and crop types to market, and I’m looking forward to getting out to field days and chatting to growers, listening to their feedback and using the opportunity to put my experience to use.”

In the role, Mr King will be overseeing research into new oat products and malt barley innovation.

He has extensive experience in the grains industry and for the past 10 years was in the malting business covering all aspects of barley procurement, logistics and malt sales to domestic and export markets.

“I’m looking forward to the journey of each project from research idea to actual outcomes that add value to Australian grains,” Mr King said.

“Having worked in various agricultural jobs, I have seen first-hand how increasing the value of grains for Australian growers filters all the way down to the rural communities they live in.

“It’s not only the grain industry that benefits, but all the businesses that support our rural populations which builds communities, industry, and innovation into the future.” Rebecca Groat, from Myall Park near Griffith in the NSW Riverina, has been named the 2022 recipient of the Jan Cathcart Memorial Scholarship.

The scholarship of up to $30,000 will support Ms Groat’s studies as she pursues a Bachelor of Environmental Science degree, majoring in Climate Science and Sustainability at Charles Sturt University.

Now in its eighth year, the scholarship is designed to provide recipients with financial support and hands-on industry experience to assist them in achieving their career goals.

“Every farmer I know is passionate about the environment and wants to leave their farm better for the next generation,” Ms Groat said.

“My experience of working the rice harvest gave me an appreciation of the dedication and work ethic that goes into every grain of rice.

“That inspired me to look at different ways that farming and the environment can work together, which the rice industry does so well.”

Consolidated Pastoral Company chief executive officer, Troy Setter, has been named the new chair of the the Council of Rural Research and Development Corporations (RDCs).

Alongside his current CEO role, Mr Setter has more than 20 years’ experience in executive roles across the sector, including as the previous chief operation officer of the Australian Agricultural Company.

He is also the chair of the Board of Dolly’s Dream and LiveCorp.

Mr Setter brings with him a vision for the council to continue to invest in growing the profitability and sustainability of Australia’s Rural Industries.

Mr Setter was elected by the council following the departure of the previous chair John Woods.

A total of 20 scholars from have been awarded a 2022 AgriFutures Horizon Scholarship, an initiative which provides training and development to a cohort of future rural leaders.

The Horizon Scholarship provides scholars with a $10,000 bursary over two years, as well as also giving the students the opportunity to attend an annual four-day professional development workshop and complete two weeks of industry placement. One of the Horizon Scholarship winners, Ayla Christophers, will be learning about tropical cotton production as part of her agricultural studies and industry placement. Photo: CRDC

Grassdale Fertilisers has appointed Rob Wheatley as its business manager as the Mort & Co operation heads towards commercial production. 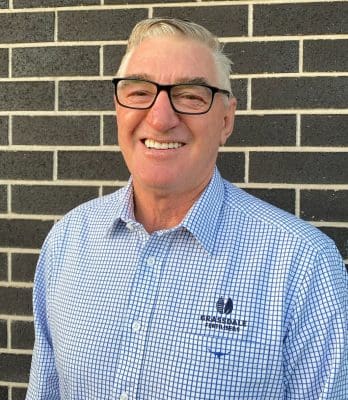 Using waste manure inputs from the adjacent Grassdale Feedlot on the Darling Downs, Grassdale Fertilisers is headed for an annual output of more than 80,000 tonnes.

“We’re still in the early stages of granular production now, and we’re looking to supply fertiliser to irrigated, dryland and organic farms, both in broadacre and horticulture,” Mr Wheatley said.

Originally from the Hawkes Bay region of New Zealand, Mr Wheatley has been working in Australia for many years, mostly in the horticultural industry, and based at Mildura.

Positions held prior to his move to Toowoomba include COO of AustOn Corp, general manager almond orchards with Olam, and regional then national farming manager with the Costa Group.