BROTHERS Donald and Douglas Crothers are putting their 11,253-hectare south-west Queensland holding, Booligar, up for auction to end 153 years of family ownership. 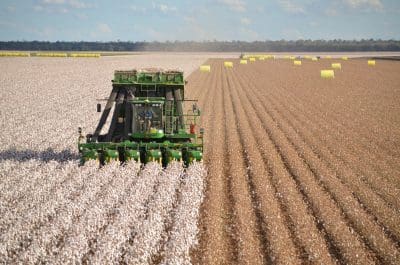 Douglas Crothers said the decision to sell was a hard one, but one the family knew had to be made at some stage.

“If we were going to dissolve the family partnership, we wanted to do it when we were in our 60s and not in our 80s,” Mr Crothers said.

“It will give Lorraine and I and our three daughters, and Donald and Pam and their family, the chance to do something else.”

Located 44 kilometres south of Dirranbandi, Booligar is located on the Narran River systems, and boasts five water storages with a combined holding capacity of 9,210 megalitres.

Irrigation entitlements comprise a nominal 4,005Ml which is tradeable temporarily or permanently, a volumetric licence for 4,834Ml, and 298Ml of overland flow.

A total of 687ha has been developed for irrigation, and the sale includes 240ha of planted cotton.

A further 694ha is suited to opportunistic irrigation, and 2640ha of the property is suited to dryland cropping.

“We’re fully developed on the irrigation side given the water we have.”

Booligar first grew cotton in the mid 1990s, and Mr Crothers said its average yields sit at around 12.3 bales per hectare. The record yield of 14.6b/ha was picked in 2015.

River country which is not irrigated produces wheat and chickpea crops.

Booligar’s breeding herd was sold in the mid 2000s, and since then, Douglas and Don have bought in around 400 weaner steers to fatten each year.

Mr Crothers said he and his wife Lorraine, and Donald and Pam, were keeping an open mind about where life would take them after the sale of Booligar.

“It might be a smaller livestock place; I can’t see us going straight to the coast.

“We’ll wait till we get a signature and then we can decide what we want to do.”

Booligar is listed with Ray White, and will be auctioned in Brisbane on Friday, 8 December.