THE RISE and rise of Australia’s cropping land values has forced a recalculation on rates charged to lessees.

While landowners were said to have been getting a base annual return on investment (ROI) of at least 4.5 per cent per annum five or so years ago, that figure has had to drop to below 4pc to keep rents within reach of lessees.

In Australia, there is no bigger lessor than Nuveen’s Westchester Group Investment Management, which owns around 385,000 hectares of cropping and associated land in eastern states and Western Australia, and an additional 526,000ha in total across Brazil, Chile, New Zealand, Poland, Romania and the United States.

“Australia is not the only location where that’s come into play,” Mr Davies said.

“We’re seeing it in the US and other areas as well.

“Land values in the Midwest have gone up 20 per cent in some locations.

He said land prices had also increased considerably Romania and, while Westchester’s lessees everywhere were benefiting from grain and oilseed prices, the escalation of input costs since last year had affected their bottom line. Farmland values in the US have risen markedly since last year. Image: USDA

Mr Davies said longer leases and bigger areas made Australia different from the US, where tenant earnings were underpinned by crop insurance as subsidised by the US Government.

“The Midwest was settled in mile-by-mile squares, and parcels tend to be smaller.

“In the Midwest, the preference is for shorter-term leases.”

Mr Davies said Westchester has been leasing to some US tenants for 15 or more years, and is getting close to 10 with some of its Australian lessees, which Grain Central understands generally enter into contracts over five years. 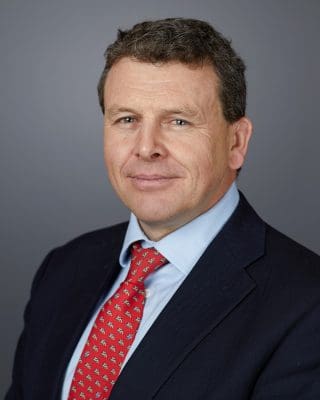 “A longer-term lease suits the situation better, and some of the volatility around weather.

“Scalable is the name of the game.

“You have a solution that is scalable in farmland.”

Westchester first purchased land in Australia in 2007-08, and Mr Davies said it was part of the company’s “very long-term view” to farmland investments.

“Our model is working with entrepreneurial local farmers.

“We have some great farmer tenants and…we will look to expand the business over time.”

Grain Central understands that Westchester is now engaging management firms to farm some of its country when target lease rates with compatible lessees cannot be negotiated.

This appears to be occurring in eastern states but not WA.

With its large property sizes, mostly cheaper land values and efficiencies in cropping and bulk handling, it is hardly surprising.

While Westchester, and others leasing land, may have had to ratchet down their lease rates, capital growth realised on the way out appears to have more than compensated.

One industry source said Westchester’s model was 5pc ROI and the same in capital growth per annum, so what Westchester is losing on the leasing merry-go-round, it is more than picking up on the capital roundabout.

“We accept Australia has had variability… in rainfall in particular.”

“We cannot get away from climate impact.

That applies to different countries, and regions within countries.

“Australia is a great place to invest; the agricultural sector is incredibly sophisticated.”

Westchester’s two most recent public sales in Australia, the 4392ha Prairie Aggregation on Queensland’s Darling Downs and the 4714ha Southern Riverina Aggregation, both achieved around $12,000/ha.

Mr Davies said the result of both those sales was pleasing, not least because it returned land to family ownership, and this helped to dispel the myth that institutional investment was at odds with family farming.

Westchester’s most recent purchase as reported in Farm Weekly newspaper was the 9958ha Bellaranga at Morawa in WA’s Geraldton zone for $2008/ha, and Grain Central sources say the company is on the hunt for more country in WA.

Westchester’s most recent reported purchase in eastern states was the 3844ha Wallam and Roydon, bought in the depth of the northern NSW drought for around $7500/ha from Roger and Annette Turnbull in 2019, when Westchester sold the nearby 2058ha Grainfields to Viridis Ag for a similar price.

Average conditions in WA will not return the yields of eastern Australia’s best country, and Westchester still holds plenty of that.

However, WA’s lower-rainfall cropping land is much cheaper, and comes in larger parcels.

With an opportunity for capital growth thrown in, it appears to be make WA a compelling investment for Westchester and others.

Westchester parent company Nuveen, which invests funds on behalf of the US Teachers Insurance and Annuity Association of America and College Retirement Equities Fund, or TIAA-CREF, last week announced a restructure of its real-asset portfolios.

The new offering combines Westchester with GreenWood Resources, the Nuveen forestry division which has around 307,500ha of assets globally, as Nuveen Natural Capital.

Mr Davies will head Nuveen Natural Capital from its inception in January, and said Australian assets may come into forestry portfolio, which is important for the company’s carbon balance sheet, and as a source of renewable materials for industries including construction.

“Currently we don’t have any timber investments in Australia.

Mr Davies said the company’s established back-office capability added to the appeal of investing in forestry in Australia.

“Across farmland and timberland, we’ve got about 45 other investors; one common theme is they are very, very focussed on sustainability, emissions and biodiversity.”

“Timberland is probably one of the most effective ways of sequestering carbon, but we shouldn’t forget…there is ability to sequester carbon through farming.”

Nuveen Infrastructure is the other new entity to sit alongside Nuveen Natural Capital and the existing Nuveen Real Estate arm in real assets.

Since 2013, AGR Partners has owned 20pc of Australia’s major stockfeed miller, the ASX-listed Ridley Corporation, making it the largest shareholder.

“The strategy AGR in general has is not to take 100pc ownership,” Mr Davies said.

This was being done as part of its quest to reduce climate-related financial risk exposure and align portfolios with the transition to a sustainable low-carbon economy.