Jandowae listings point to One Tree Ag downsizing on Downs 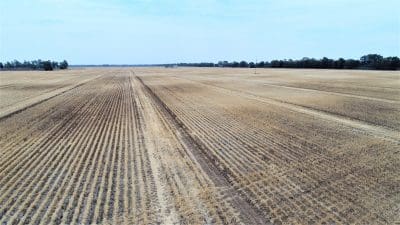 One Tree Agriculture has listed Glendaloch at Jandowae for sale with the nearby Encliffe. Photo: CBRE

CORPORATE farmer One Tree Agriculture has listed two of its dryland cropping properties on the Darling Downs, Encliffe and Glendaloch, as it scales back its holdings in southern Queensland.

As with Kinbeachie, One Tree Agriculture has engaged CBRE Agribusiness to handle the sale of its only two properties in the Canaga district west of Jandowae on the Northern Downs.

Combined, Encliffe and Glendaloch cover 1256 hectares, and are 95-per-cent arable.

Both properties are described as premium developed and managed dryland cropping properties, with a long-term annual average rainfall of 627 millimetres. 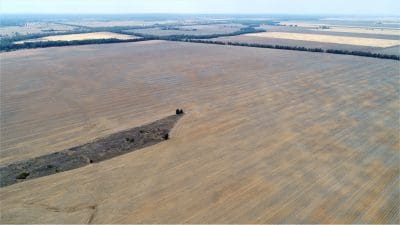 One Tree Agriculture’s Encliffe at Jandowae is for sale. Photo: CBRE

Under current ownership, Glendaloch and Encliffe have benefited from a fertiliser program including urea, monoammonium phosphate and zinc, and have been cropped using best agronomic management practise, including zero-tillage and controlled-traffic.

Improvements on Glendaloch include a homestead, worker’s cottage, machinery shed and workshop plus 742 tonnes of silo storage with an attached Vertec grain dryer

Calmyle at Macalister , bought for $5.6m in 2016, was One Tree Agriculture’s most recent high-profile purchase on the Downs, and the company is believed to own around 9000ha north-west of Dalby between Jandowae and Warra.

CBRE Agribusiness’ Simon Cudmore and Josh Ledingham are marketing Glendaloch and Encliffe via an expressions-of-interest campaign which closes 17 December.

Mr Cudmore said the offerings presented a genuine turnkey opportunity, which would enable an incoming purchaser the benefit of instant production.

“Each of these properties provides a fantastic opportunity for existing farming businesses seeking to expand their operations or those that might be looking to enter the industry,” Mr Cudmore said.