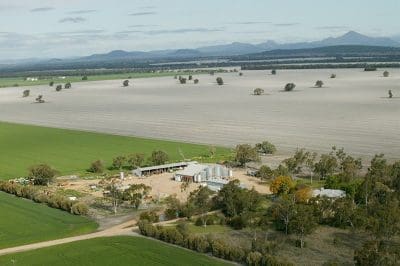 THE MARKET for prime New South Wales summer and winter dryland cropping country is set to be tested by the Merrimbla Aggregation, which is for sale by expressions of interest through Moree Real Estate.

Covering 2831 hectares in total, the aggregation includes four blocks ranging from 546ha to 1036ha, and is centred just east of the Newell Highway between Gurley and Bellata.

Merrimbla is being offered for sale by Rodney and Vicki Jericho, who moved to the district in 1978, and are moving to the coast to enjoy “life after farming”.

“We’ve had a five-year plan in place that ended with selling in 2020, and that’s what we’re doing,” Vicki Jericho said.

Originally from the Eyre Peninsula of South Australia, they bought a soldier settler’s block as the cornerstone of Merrimbla in 1978, and added consecutive blocks in 1983, 2006 and 2012.

Following a bumper 2016, drought has made 2017, 2018 and 2019 cropping years to forget for most farms in central and northern NSW, including Merrimbla.

Despite limited rainfall, Merrimbla has managed to produce one modest and one very good cotton crop over those years, and one modest winter crop as part of its long history of profitable summer and winter cropping.

“We were among the first to grow dryland cotton around here in 1984, and cotton has been a satisfying and profitable crop for us. 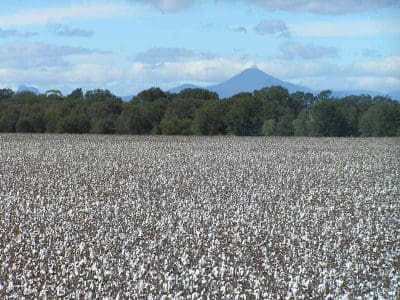 Dryland cotton has been a major earner for the Jerichos since the 1980s. Photo: Moree Real Estate

“It would have to be our major income-producer.”

The Jerichos have grown mungbeans and sorghum in years past, and regularly grow barley, chickpeas and wheat in the winter.

Mrs Jericho said the location of the property, which includes all-weather access to the Newell Highway, helps with the marketing of commodities.

Merrimbla sits within 50km of several cotton gins, is less than 15km from GrainCorp’s Bellata and Gurley grain storages, and only a few kilometres from the GrainFlow site on Penny’s Road.

Merrimbla has an average annual rainfall of 600 millimetres, but had only 140mm last year.

This year is off to a brighter start, with 115mm recorded last month.

With rain forecast for coming days, the soil-moisture profile looks like improving as the planting window for the 2020 winter crop approaches.

Mrs Jericho said Merrimbla had consistent soil types of largely grey clay running to chocolate loam in the south, and some red country with contour banks.

“We have one creek area going through the southern end which is suited to cattle, and we have large, regular-shaped paddocks of 300-400ha.

“There’s a gentle slope to the west for drainage, and it’s a very efficient property to farm.

“One A-B GPS line covers most of the property.

The Moree district is one which has long attracted corporate and family-farming investment, and the listing is expected to bring inspections from a range of parties. 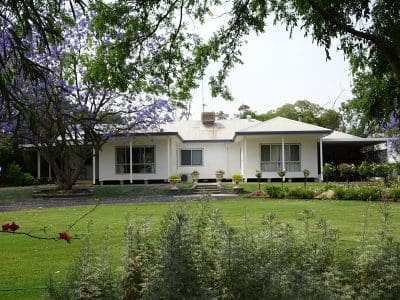 “It’s a reasonable size for someone with enthusiasm and a family, or for someone to build on to.”

Merrimbla’s four blocks drain easily into 11 dams and creeks, and several waterways have been established with grass to minimise erosion and weed establishment from external sources.

Dwellings come in the form of an impressive four-bedroom homestead and a four-bedroom cottage plus transportable quarters on Merrimbla, and a cottage on Kilgowla.

All dwellings are connected to rainwater, and tanks store a combined 645,000 litres.

A new stock and domestic bore was equipped in May 2019 to service Merrimbla, and can be used to supplement rainwater.