WITH nearly all crops in New South Wales on track for good-to-excellent yields, plus a pent up number of growers ready to retire or move on, agents and analysts were earlier this year expecting an above-average number of farms to hit the market this spring. 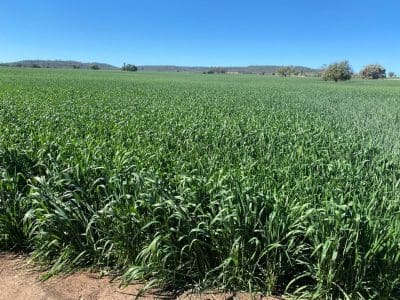 Roma at Biniguy is one of the cropping properties in the Moree district to list in time for spring. Photo: Moree Real Estate

Traditionally the prime season for selling agricultural properties, it appears to be attracting the normal number of farms for sale in the southern half of NSW, but reduced listings in the north.

This is despite record low interest rates and high confidence in agriculture.

Agents speculate the reasons for it are a mix of positives and negatives.

COVID-related border closures lead the list of negatives, and have limited the potential for inspections, and the ability of would-be vendors to visit or move interstate to investigate options for life after farming.

The remarkable season for cropping and grazing is leading the positives, and Nutrien Harcourts Dubbo rural sales specialist Mat Smith said it had encouraged a number of vendors to stay on for a year or two.

“Some people are thinking the season’s very good, so let’s stay on and get another one in after the drought,” Mr Smith said.

Another limiter of listings is the attractiveness of agriculture to existing asset holders, who are looking at COVID-driven uncertainty in the sharemarket, the hiatus in overseas leisure travel, and unattractive cash rates.

“People are saying: If we sell and retire, where do we put our money? Is there a better option than staying on the farm.”

Mr Smith said tablelands and coastal properties were turning over in reasonable volume and in a strong market across NSW, and the volume of farms listing south of centres like Grenfell and Parkes was about average.

“It seems to be districts that did a full three years of drought that are slow on listings, and slower in moving.”

They include the Gunnedah, Moree and Narrabri districts, where some growers who had intended to sell have leased their farms.

Fitting into this category is Tourable at Mullaley, which was passed in at auction in April, and has since been leased.

However, values have shown no sign of dropping, with the tight supply of properties providing additional support to prices.

Mr Smith said there was some talk of growers leasing properties after they harvest their first decent winter crop since 2016.

Ray White Rural Moree principal Ed Wisemantel said the uncertainty around restrictions on cross-border movements was having an effect on the farming district of Moree.

Therefore, returning Queensland residents must isolate in self-funded hotel quarantine for 14 days, enough to deter prospective buyers from north of the border.

“Nobody knows where this COVID is going to end up,” Mr Wisemantel said.

“We’ve got people wanting to inspect from Queensland.

“They can get here, but they can’t get back.”

“There’s some post-harvest settlements going on, where the vendor will retain the crop.

“There’s still interest around, and people coming from different areas in NSW and wanting to buy in.

“It’s a little bit subdued at the moment.

“Most people who have been thinking about selling want to get this crop in the bin.”

While Australian wool prices have fallen to their lowest level in five years because of China’s COVID-related drop in demand, values for cattle, grain and sheep remain good in historic terms.

However, they are well down from their peaks seen at the height of the drought in 2018 and 2019.

“If you’d have said to someone you could lock in crossbred lamb prices at $180 or $200 per head five years ago, they would have thought that was great,” Mr Smith said.

“Those prices now are less than what we saw at the height of the market, but they’re still very good.”

Grain is the same, with barley at roughly $200 per tonne on farm in northern NSW, compared to $400/t in the midst of the drought.

However, yield prospects for the crop to be harvested in coming months will be triple or quadruple the average of the past three drought-affected years for some growers if a long-term view is taken.

“Those little hits are affecting the property market.

“It’s slowed down, but the confidence is still there.

“Values are standing up going forward… and we’re starting to see corporates coming back into the market.

“They are a little more selective on quality than they were a few years ago, but they’re certainly there.”

Miller and James Real Estate managing director Angus McLaren is based at Temora on the south-west slopes of NSW, and said the usual amount of spring listings was being seen.

However, COVID has had some impact on inspections.

“We’ve had some Victorians coming to inspect a property and they got turned around at the border.

“We’ve seen listings decline over the drought period, but now the season’s broken, there’s quite a few of them coming forward.

“We haven’t been short on properties this year.”

Mr McLaren said the district was looking at a decile nine or 10 season, and the kind of year that could be expected in only once every 20.

Among the agency’s latest listings is the Crawford family’s 1249-hectare Pine Grove at Sebastopol, 20km south of Temora.

“It’s mainly locals that are interested in that one.

“We’ve got a Victorian interested in it, and he’s got a proxy coming to inspect.

“His offer will be subject to him coming to have a look for himself once they open the border.”