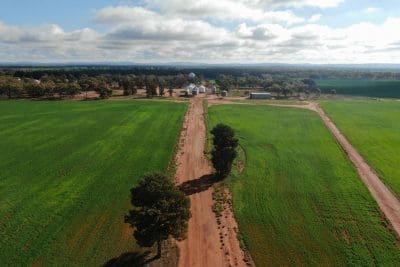 Daybreak Cropping has bought Orana Park at Weethalle in NSW to include in its Orana Farms aggregation. Photo: Miller and James, Temora

EXPANDING corporate farmer Daybreak Cropping has made its first investment in the red-loam country of the northern Riverina, where family operations are providing a foundation for smaller sales.

Under the banner of Orana Farms, Daybreak’s most recent purchases in eastern Australia are listed on the company website as having 10,500 hectares of cropping country in central NSW.

The aggregation is made up of Albion Park, a 4486ha holding at Tullibigeal, and adjoining Weethalle properties Orana Park and Hillview, which cover 5786ha and 1298ha respectively.

The three properties jointly cover 11,570ha, and are believed to have sold for a total in excess of $20 million.

This investment from the Warakirri fund shows a confidence in the well-drained and gently undulating kurrajong country which sits between the Lachlan and Murrumbidgee rivers.

While Orana Farms looks set to be a cropping only operation, other properties in districts north and west of West Wyalong are switching to mixed farming.

“That good light red country is all good mixed-farming country too, but the people who have bought it are mostly full-on croppers.

“Now a lot of people are going away from full-on cropping, and cutting back their grain area to run stock.

“Some are growing enough grain just to lot-feed their sheep now that a good merino ewe will cut you $50 worth of wool a year, and give you a lamb.”

Mr Quade said farmers were putting their own sheep, or stock on agistment, into stubble paddocks to control weeds.

“Hairy panic has to be short to kill it with one spray, and sheep will keep it down for you.”

Mr Quade said mixed farmers were picking up agistment from within the district, and making reasonable money for their efforts.

Strength in sheep values had also brought some blocks to market.

“They’d be in the more marginal country, where there’s timber or gullies, and stuff the big broadacre fellows don’t like.

“You can run wethers on them, and some people are shearing them every six months and getting $50 or $60 a time for the wool.

“It’s good to see the stock job so strong.”

Recent district sales have seen stock blocks sell for around $2000/ha, while country suited to continuous cropping or more intensive mixed farming has been fetching more like $3000/ha.

And while cereal yields have been below average for most growers since 2017, grain prices have been very high, with local demand coming from feedlots and poultry producers. 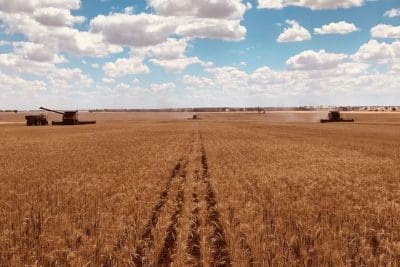 Vendors were Linden and Mandy Gunn on Albion Park through CBRE, and Chris and Brenda Heaslip on Hillview, and the Healy family on Orana Park, both bought through Miller and James, Temora.

Good improvements, as well as access to stock-and-domestic water schemes, are believed to have added to the appeal of the properties.

Daybreak was contacted for comment, but was unable to respond in the given timeframe.

The company recently bought Erregulla Plains as its third operation in Western Australia, and also crops in Victoria and Queensland, and at Caringbah Farms, southeast of West Wyalong.