AUSTRALIA and Peru have signed a Free Trade Agreement, the announcement being made at the APEC Summit in Vietnam today. 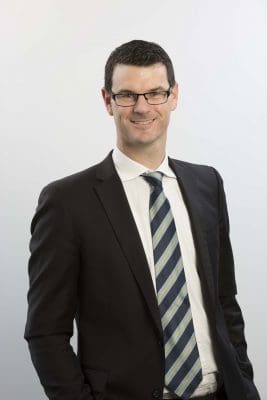 “GrainGrowers strongly supports efforts to liberalise global grain trade through the World Trade Organisation and the use of bilateral and plurilateral Free Trade Agreements,” he said.

“About 60 per cent of all grain grown in Australia is sold offshore, generating export returns of $11.8 billion per year. The industry’s largest production crop, wheat, is also the most highly export dependent.

“Typically, 75 per cent of Australian wheat production is exported, valued at $6.0 billion per year.”

Mr Mathews said that although Peru was currently a very small market for the Australian grain sector, Peru was a growing consumer and importer of grains, oilseeds and pulses.

“Peru’s annual grain, oilseed and pulse consumption is about 7.5 million tonnes (Mt), supported by imports of 5.5Mt. Grain consumption and imports have grown by nearly 1.5Mt over the past five years,” he said.

“In addition, GrainGrowers recognises and applauds the improved access to Peru for many other Australian agricultural commodities, such as beef and sheep meat, which are produced by many of Australia’s grain farmers.”

Mr Mathews said GrainGrowers was optimistic the PA-FTA would set a positive and strong precedent ahead of the upcoming FTA negotiations with the Pacific Alliance countries, which included Mexico, Chile, Colombia and Peru.

“The Pacific Alliance members, of which Mexico is the largest, account for 42pc of Latin American GDP with a combined population of 224 million. Mexico contributes roughly 60pc of both figures,” he said.

The PA-FTA has also been welcomed by the Export Council of Australia (ECA) with CEO, Lisa McAuley, saying the council supported the principle of expanding Australia’s FTA network by entering into high quality agreements.

“While multilateral agreements are best, and multi-country agreements such as the Trans Pacific Partnership (TTP) are second-best, there can also be value in bilateral deals with countries like Peru,” she said.

“For all the opportunities Asia presents to Australian businesses, it’s important to remember there are also opportunities on the other side of the Pacific.”

Ms McAuley said the value of the PA-FTA would be determined by the level of market access it opened, how easy it was for businesses to access the benefits of the agreement, and how well Australian businesses were educated about both the FTA and the opportunities in Peru.

“PAFTA is also an important step towards an FTA with the Pacific Alliance, which is a regional trading bloc comprising Chile, Colombia, Mexico and Peru. This will open a wealth of new opportunities for Australian companies across Latin America,” she said.

“But the greatest value of the FTA with Peru is adding momentum towards completing the Trans Pacific Partnership. If implemented, the TPP will deliver major benefits for Australia across a wide range of sectors. It will simplify exporting by setting uniform rules for trading across TPP members. Plus, by consolidating several FTAs into one big one, it’ll make it easier for businesses to be eligible for tariff reductions and simplify the process for claiming those reductions.”