CANOLA growers throughout the southern cropping region are advised to keep an eye out for diamondback moth (DBM), especially if conditions over the coming weeks are dry and temperatures are above average. 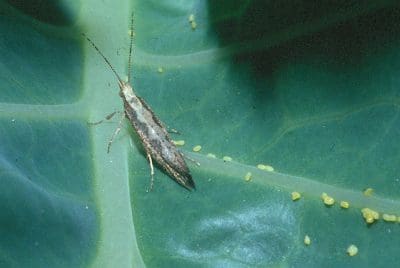 Mr Baker said sweep-netting at the first sign of damage, and at intervals throughout the growing season from mid-July through to late spring, was recommended.

“Effective sweep-net monitoring involves taking a minimum of five sets of 10 sweeps in several representative parts of the crop and calculating the average number of the larvae, or caterpillars, per 10 sweeps,” Mr Baker said.

University of Melbourne entomologist, Paul Umina, said monitoring DBM populations was an important aspect of an overall integrated pest management strategy which could reduce the risk of DBM developing resistance to available chemistries.

“Knowing what levels of infestation growers have in their canola crops will help them determine whether they need to spray. If DBM economic threshold levels aren’t reached, refraining from spraying is advised,” Dr Umina said.

DBM has a high propensity to develop resistance and there are more than 80 insecticide compounds recorded globally to which DBM has developed resistance.

Because of the high dispersal capacity of DBM moths, resistant individuals can soon dominate a landscape if there is widespread use of the same insecticide group.

SARDI screening of DBM in canola and vegetable production regions indicates that resistance to pyrethroids and organophosphates is widespread; low to moderate levels of resistance to avermectins is also common.

Mr Baker and Dr Umina were involved in development of the Grains Research and Development Corporation’s (GRDC) new Resistance Management Strategy for Diamondback Moth in Australian Canola, which aims to minimise the selection pressure for resistance to the same chemical groups across consecutive generations of DBM.

The strategy was developed by the National Insecticide Resistance Management working group of the Grains Pest Advisory Committee, and endorsed by CropLife Australia.

The strategy details economic thresholds and includes practical advice, such as:

Note: In its revised 2017/18 canola crop report out this week, the Australian Oilseeds Federation made mention of DBM populations in crops in the Esperance zone of Western Australia.