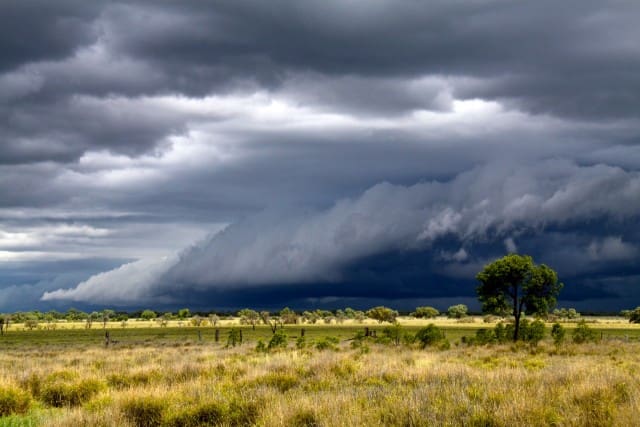 THE Bureau of Meteorology has raised its El Niño-Southern Oscillation Outlook to La Niña ALERT status, meaning the chance of a La Niña occurring this year has increased to 70 per cent, roughly three times the normal likelihood. 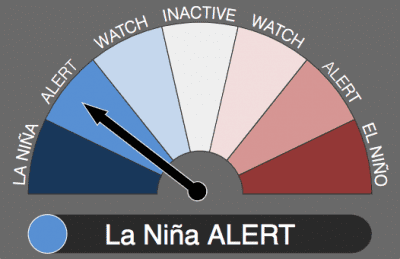 “It typically also brings cooler and cloudier days, more tropical cyclones, and an earlier onset of the first rains of the wet season across the north,” Dr Watkins said.

“The cooling of surface temperatures in the tropical Pacific Ocean and an increase in the strength of the Pacific Trade Winds indicates the chance of La Niña has risen. When these two changes occur at the same time, at this time of year, we see a greatly increased chance of a La Niña forming and persisting through spring.

“Climate models suggest that further ocean cooling and intensification of Trade Winds may occur over the coming months, which has triggered the Bureau to shift from a La Niña Watch, issued on 26 June, to a La Niña Alert.”

The last significant La Niña event was in 2010-11, which was the Australia’s wettest two-year period on record beating the previous record from the La Niña years of 1973-74. The last time the Pacific Ocean approached La Nina conditions was in late 2017, but thresholds were only briefly exceeded.

Source: BOM. For more information on La Niña and the impacts of past events, head to the Bureau’s ENSO Outlook page.