Click to watch four minute video presentation of the rainfall and temperature forecast for autumn 2018. 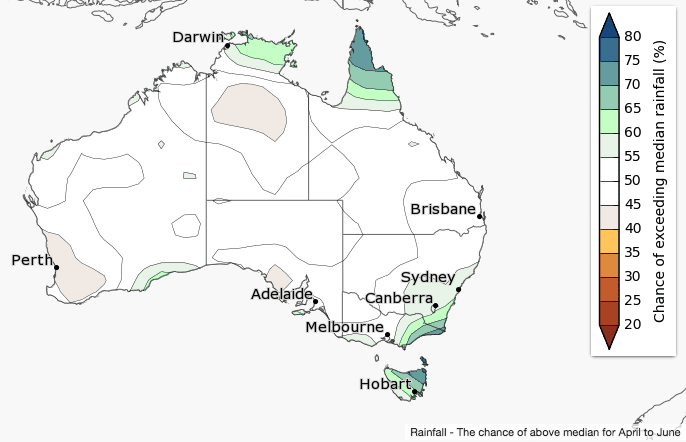 A wetter than average April to June is likely for parts of the tropical north, eastern Victoria, Tasmania, and southeast NSW. Elsewhere, the chances of a wetter or drier season are roughly equal.

Historical outlook accuracy for April to June rainfall is moderate to high over most of Australia, but low in Tasmania and small patches across the south. 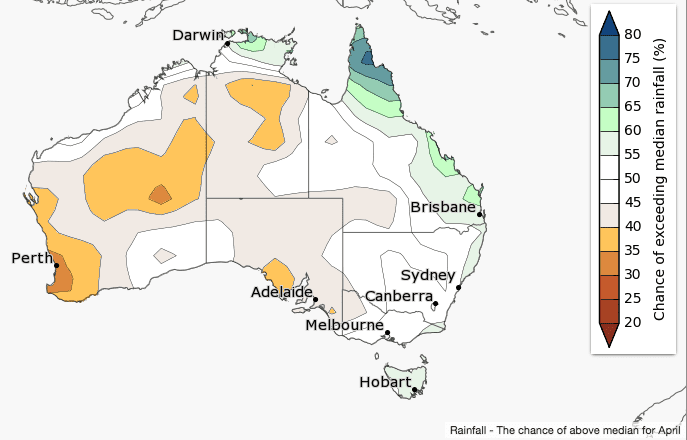 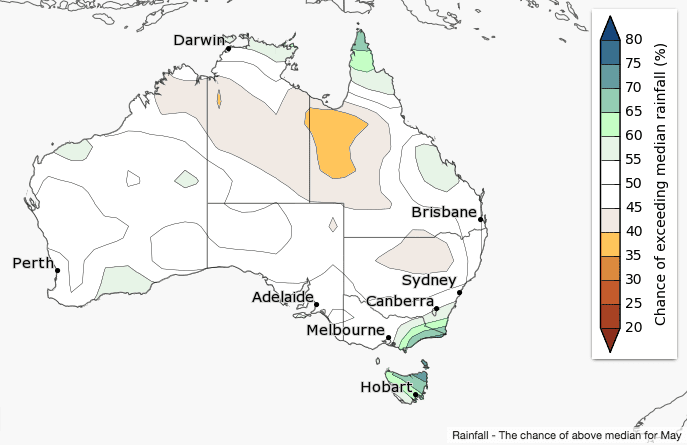 Warmer than average in parts of the southeast, cooler in the north 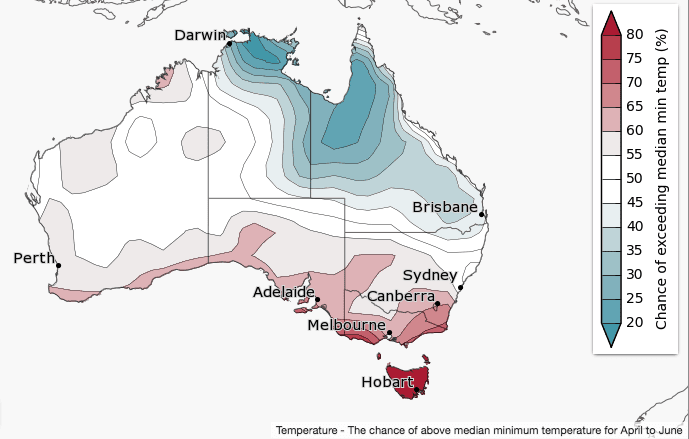 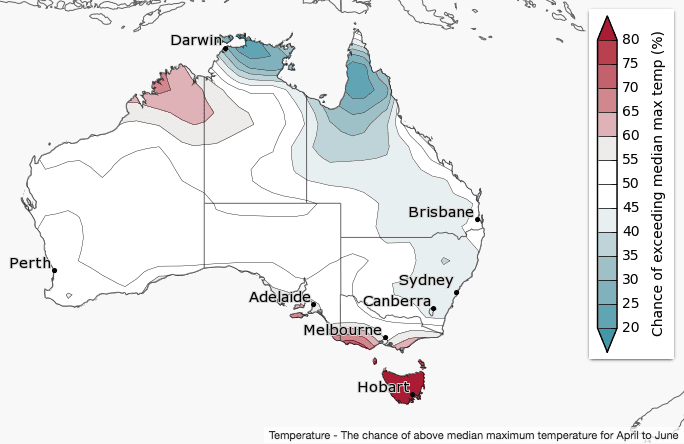 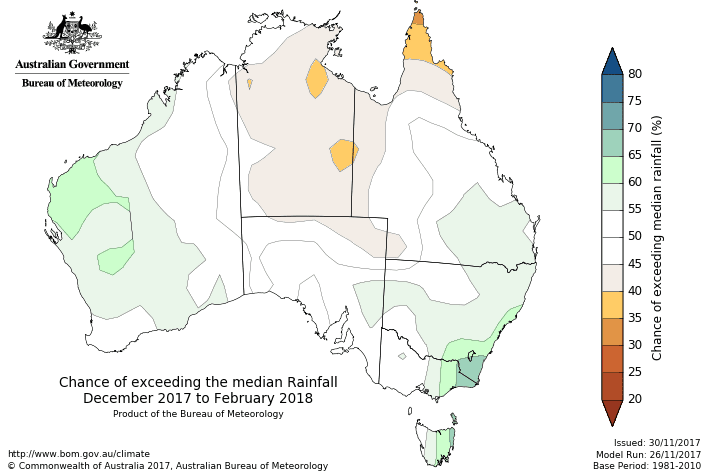