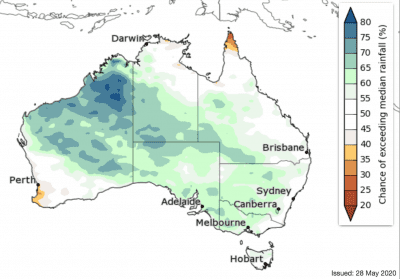 Winter (June to August) is likely to be wetter than average for most of Australia (mostly 60–80% chance). However, the likelihood of a wetter or drier winter is roughly equal across much of northern Australia, southwest WA, the NSW and Victorian coasts, and Tasmania.

Similarly, July to September is also likely to be wetter than average for most of the southern two-thirds of the continent (60–75% chance). However, the far southwest and southeast have slightly lower chances. 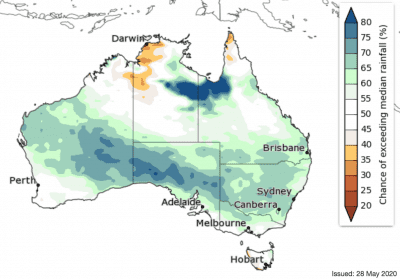 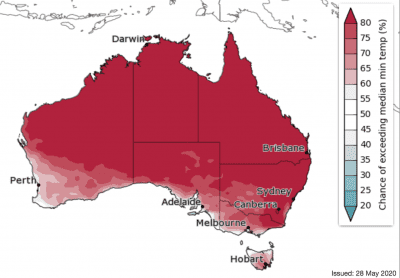 Cooler days are likely for the first week June for much of Australia, but southwest WA is likely to be warmer.
Winter (June to August) days are likely to be warmer than average in tropical northern Australia, along the east coast and extending into Tasmania (greater than 80% chance for the tropical north, mostly 60–80% in other parts). However, southeast WA, southern SA, southwestern NSW and western Victoria are more likely to have cooler winter days (60–75% chance).

Winter night-time temperatures are very likely to be warmer than average for most of Australia (65–80% chance for southwest and southeast Australia, greater than 80% chance elsewhere). The coastlines of southwest WA, southeast SA, western Victoria and northern Tasmania have roughly equal chances of warmer or cooler than average nights. 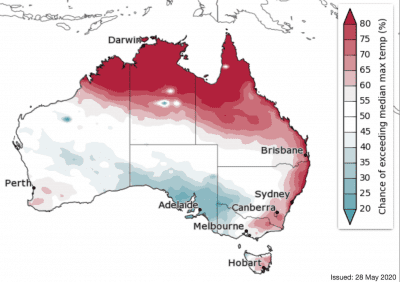 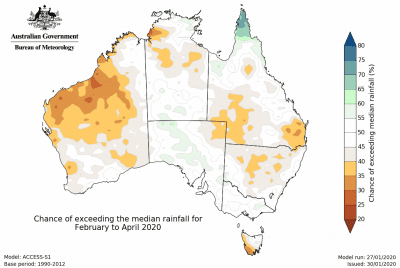