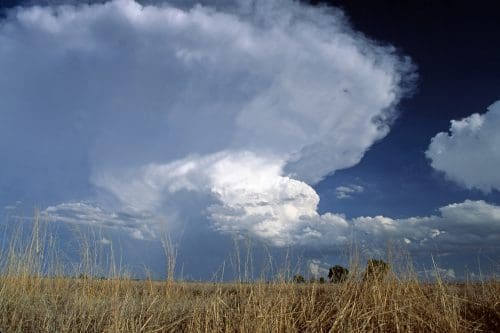 THE Bureau of Meteorology (BoM) recently declared that La Nina is official for the back end of 2020, with indicators now below threshold levels.

You would be right to be cautious in equating this to a wet finish to the year though, as currently this is not a particularly strong La Nina, starting much later than the 2011-2012 event which resulted in significant flood-causing rains around the country.

To really understand what’s going on behind the scenes here it helps to understand more about the evolution of Australia’s seasonal climate forecasting system, how these phenomena were identified and how they are used now to forecast the climate.

Please excuse the acronyms, but in the world of forecasting it’s nearly impossible to communicate without them!

Whilst the BoM was established in 1908, the first seasonal climate forecast (SCF) wasn’t produced by BoM for another 80 years.

The path to the first SCF was long, and an in depth understanding of the global climate system did not really crystalise until 1960 with the identification of the El Nino- Southern Oscillation (ENSO).

The discovery of El Nino

El Nino has been written about since the 16th century, Spanish colonists in South America experiencing the effect of warm waters flowing to Peru having major impacts on the oceans off the coast as well as onshore rainfall over what was usually desert.

Peruvian scientists again noted its effects in the 19th century but were unable to explain its extent or cause.

The explanation of this phenomenon, now called ENSO, can be largely attributed to two people:

Simply put: Walker had identified see-sawing atmospheric pressure patterns between the Indian and Pacific oceans – the “SO” half, now measured by the Southern Oscillation Index (SOI) – a numerical representation of differences in atmospheric pressure in the Pacific Ocean.

Bjerknes then tied the atmospheric pressure phenomenon to the sea surface temperatures (SSTs), essentially establishing the link between the “SO” and El-Nino.

The first SCFs produced in Australia in 1989 were based on the statistical relationship between the SOI and Australian rainfall.

Nearly a decade later in 1998 the predominant source of predictability for ENSO switched from Pacific Ocean atmospheric pressure to sea surface temperatures.

Around the same time, the Indian Ocean was attracting attention from a Japanese researcher Professor Toshio Yamagata.

Initially dismissed as a “slave to ENSO”, by 1999 the Indian Ocean had become established as an independent driver of Australian weather patterns and the phenomenon is now referred to as the Indian Ocean Dipole (IOD).

From 1998 to 2012 the sea surface temperatures from these two oceans were used to produce a forecast based on previous correlations between the Indian and Pacific Ocean SSTs and Australian rainfall.

This statistical methodology for forecasting was viewed as limited due to its assumption that the future is based on the past, that the cycle or pattern will repeat itself, which is not always the case.

A new way of forecasting

Around the turn of the century weather forecasting worldwide underwent a shift to a different form of forecast, made possible by continuing improvements in computing power.

This model is described as a coupled ocean and atmospheric (physics based) climate model that uses ocean, atmosphere, and land observations to initiate outlooks up to nine months ahead.

However, it wasn’t until 2013 that BoM had tuned the system adequately and transitioned to POAMA for its seasonal climate outlooks.

In 2018 a new model was brought online called the Australian Community Climate and Earth-System Simulator Seasonal prediction system version 1 or ACCESS S1, someone tried hard to make that acronym fit.

BoM decided not to attempt to build this one in-house as it had with POAMA and purchased ACCESS from the UK Met Office.

Simply put: ACCESS has a higher resolution for the land, atmospheric and ocean models, as well as significantly updated model physics.

The previous horizontal resolution of POAMA was such that Tasmania and the Great Dividing Range were invisible, so they were basically useless at predicting east coast lows, an issue fixed by the higher resolution of ACCESS.

From 1989 to 2020 Australia has moved from a statistical model to POAMA to ACCESS S1, newer versions of ACCESS (S2 and S3) are pegged to come online over the coming years with various tweaks.

Only 30 years have passed since the first SCFs were produced, an incredibly short period of time when you consider the increases in skill that have occurred.

Most of these skill increases occurring in the last seven years. The model’s ability to simulate air, land and ocean processes over the maritime continent to Australia’s north remains a key challenge, along with a better Indian Ocean Dipole representation in the model.

In northern-inland NSW, Ag Econ has recognised the need for timely and independent climate analysis tailored to farmers and advisors, in an increasingly challenging environment to operate agricultural businesses. Go to https://www.agecon.com.au/subscribe or follow on social media @AgEconAus

Why’s It Called El Nino, and How Did Scientists Figure Out What It Is? (Julia Busiek 2015)