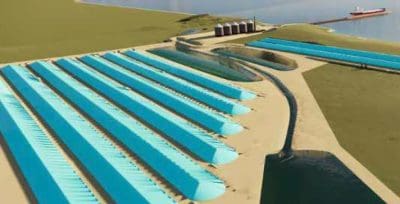 Issued last month, the IM list of key dates includes commencement of port construction on 31 March 2020 and commissioning of the port on 1 July 2021.

Along with upgrading of existing Viterra infrastructure, and the T-Ports sites which have opened this year, industry commentators have the proposed project will lift EP bulk storage capacity to more than 4 million tonnes (Mt), compared with average EP grain production of 2.5Mt.

Investment in EP grain infrastructure shows the appeal of the region to accumulators of grain for domestic and export markets, with its existing and developing ports competing only with CBH Group’s Albany, Esperance and Geraldton terminals in terms of proximity to the grainbelt.

The project is targeting annual throughput of up to 1Mt of grain, with 350,000t identified as the break-even tonnage.

FEL is an unlisted public company, and aims to hold around 25 per cent of the project’s equity after securing equity and debt financing for construction and development.

It estimates the enterprise’s value on completion of the build at between $180M and $220M.

With its initial share offering of 4M-8M ordinary shares, it plans to raise $8M-$16M, with the closing date for ordinary share applications being 20 December.

Capital raised from the offering will be used to complete the project’s development approvals, feasibilities and costings to prepare for construction of the deep-sea port.

In his letter contained in the IM, FEL chairman John Crosby said Port Spencer would be a grain-only port, and was not going to be reliant on minerals or other commodities to make it viable.

“It is the only port alternative which allows and encourages grain growers and other individuals to invest in and have an influential say in the future of grain storage and handling on the Eyre Peninsula, and ultimately South Australia,” Mr Crosby said.

“Port Spencer will provide a modern, cost-effective and competitive pathway for the export of grain from the heartland of Eyre Peninsula.

“Our estimate is that road-freight savings and competitive handling charges could mean about $35M in annual savings to the grain growers of Eyre Peninsula.”