VITERRA has permanently closed 17 of its small country receival sites as it looks to consolidate its operations in South Australia’s changing bulk-handling landscape. 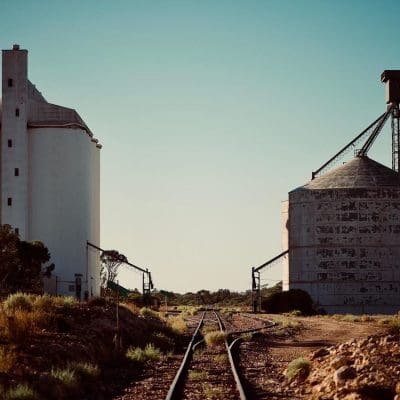 Kyancutta is one of 17 sites to be permanently closed by Viterra.

Viterra operations manager Michael Hill said the closures were part of the the company’s investment focus on larger sites where it could provide a high level of service to growers.

This includes the ability to handle all truck configurations, and offer a range of segregation options, good elevation capacity, fast turnaround times and long opening hours.

Based on a five-year average, Viterra said the closed sites represented less than two per cent of total receivals.

“Viterra is making changes to its site footprint which reflect the changing delivery patterns of growers and the changing environment, and are aimed at providing customers with the most sustainable and efficient supply chain,” Mr Hill said.

The six sites that opened last year and will not open for the upcoming or subsequent harvests are Brinkworth, Kyancutta, Millicent, Minnipa and Paskeville in South Australia and Walpeup in the Victorian Mallee district adjoining South Australia.

The 11 sites that have not opened for one or more years, and will not be reopened by Viterra, are Alawoona, Cungena, Kielpa, Long Plains, Orroroo, Redhill, Robertstown, Stockwell, Waddikee, Wharminda and Wunkar.

Viterra said the future of the listed sites would be considered on a case-by-case basis apart from Millicent, which it intends to list as a going concern, with the sale process expected to start in coming weeks.

Five of the 17 named sites — Cungena, Kielpa, Kyancutta, Waddikee and Wharminda — are located on Eyre Peninsula, where two new export terminals are being built by T-Ports at Lucky Bay and FREE Eyre’s Peninsula Ports at Sheep Hill.

Both sites are expecting to pick up grain which was previously delivered to sites in Viterra’s network and was carried by rail to its Port Lincoln terminal.

The rail service linked Cummins to Port Lincoln, and ceased operation last month with Viterra’s decision not to renew its contract for grain haulage with the operator Gennesee Wyoming Australia.

Viterra plans to open 67 sites across South Australia for the 2019-20 harvest, six less than in 2018-19, with no changes to the overall provision of storage capacity and segregations for the major crops grown in South Australia.

The company has advised growers directly of the site closures.

“We are very confident about the future of the grain industry in South Australia and the important role we play in connecting growers with end-users.”

Since 2010, Viterra has spent more than $350 million on capital projects and maintenance, and has been investing $40 million in its supply chain each year.