SORGHUM from the Central Queensland (CQ) harvest is working its way into southern markets now that most local and North Queensland end-users have covered their requirements. 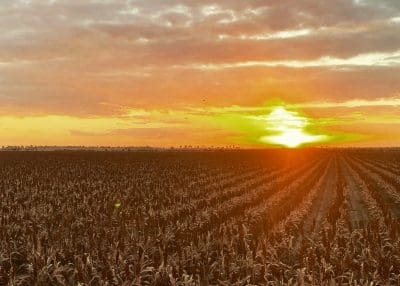 The Central Queensland sorghum harvest is around halfway through.

Growers and trade sources report trucks have been quick to pick up sorghum and spirit it to homes as far afield as North Queensland and northern Victoria, but most is now pricing on to the Darling Downs and into Brisbane.

Delta Agribusiness broker Tom Vanzella said on-farm prices for CQ sorghum have dropped around $20 per tonne in the past fortnight to around $280/t.

“The crop’s a bit better than everyone thought, and local homes plus the Atherton market have gotten reasonably good coverage,” Mr Vanzella said.

Most CQ and North Queensland sorghum demand has come from the poultry, piggery and feedlot sectors, which have been users in recent months of boat grain shipped from Western Australia.

“There is plenty of supply and limited local homes for sorghum now, so the Downs and Brisbane are the two main markets now CQ is about midway through its harvest.”

Poultry and stockfeed mills and some container packers are now driving the prompt sorghum market.

Any loads coming into or through New South Wales have largely been driven by transport operators working in CQ taking a backload home to cover fuel costs.

China is normally Australia’s major buyer of bulk and containerised sorghum, but is in the midst of an anti-dumping investigating into historical pricing of Australian barley, which could be making it reluctant to price bulk grain.

China’s uncertain trade relationship with the United States, which is moving into its own export period, is also clouding the outlook.

At least one and possibly two bulk sorghum cargoes had been booked to load CQ sorghum, ostensibly to China, but shipping schedules indicate these may not eventuate.

“If they do not return, sorghum will need to continue pricing itself into feed channels, and with the current dry situation, the market can easily find a home for any of the remaining export tonnage estimated,” Lachstock Consulting said in its report dated 5 July.

Current-crop containerised exports to China of sorghum out of Brisbane have continued, and the most recent Australian Bureau of Statistics data said 7995t was shipped in May.

“We continue to expect some baiju sorghum demand into China.

“We have seen box flows happening…but so far the bulk program we have expected has not happened.”

Lachstock said drought-freight subsidies were drawing more feed into the Darling Downs, and had increased southern Queensland’s draw on CQ sorghum by 25,000t.

“This has been entirely offset with an increase to sorghum feeding, up 50,000t, that we have seen reflected through the area, with continued sorghum demand and consumption.

Lachstock said the overall effect has been for domestic sorghum stocks to remain tight.

ABARE’s most recent Australian crop report was published in June, and pegged Queensland sorghum production in the 2018-19 marketing year at 1 million tonnes (Mt) from 385,000 hectares, compared with 279,000t from 110,000ha in New South Wales.

Given the limited plantings and generally low yields in southern Queensland, and a considerable area of CQ not planting any intended sorghum for harvest this year, the trade has had difficulty in seeing 1Mt out of Queensland.

Planting rains for CQ sorghum were late to fall, and some areas, particularly south of Emerald, and north into parts of the Capella district, planted little or no sorghum.

Other districts including Dysart and Kilcummin got good rain in March which sustained crops now showing average or better yields, with the best being around 5 tonnes per hectare.

Kilcummin grower Matt Werner is around half way through harvesting the sorghum he planted in February.

“We had one good fall at the end of March of 150 millimetres which came just in time,” he said.

“We’re getting about 3t/ha and I was expecting 2t/ha.”

Most CQ sorghum crops still to be harvested have been desiccated, and are expected to be in the bin by the end of the month at the latest.