AN ESCALATION in Australia’s 2017 harvest activity has prompted GrainGrowers to issue a warning to members that a failure to heed receival regulations from some bulk handlers and traders may cost them dearly. 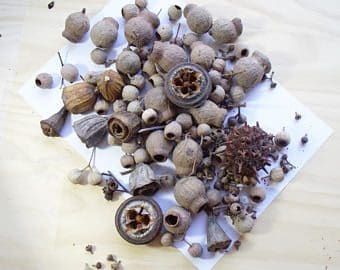 Gumnuts have been listed as a tainting agent for which there is a nil tolerance.

GrainGrowers trade and economics manager, Luke Mathews, said the warning had been issued as part of an update designed to help growers, contractors and freight providers understand their current rights, obligations and liabilities.

While these requirements are set out in current receival standards and terms and conditions of individual businesses, Mr Mathews said the update had been released to drive home the importance of heeding new regulations.

That report said Viterra had stated that growers might be liable for the contamination of stock in storage, stock replacement, cleaning and other associated costs if contaminants were found while unloading.

Gumnuts from eucalyptus trees have been listed as one tainting agent for which there is a nil tolerance.

“Therefore growers who deliver grain that includes gumnuts may be liable for the contamination of stock in storage, stock replacement, cleaning and other associated costs.”

Viterra’s first harvest report for November urged growers and carriers to ensure their vehicles, equipment and tarpaulins were “clean and contaminant free”, or they would be declined the right to unload.

Grain receival and warehousing standards are governed by the terms and conditions of individual bulk handling companies, and are usually aligned to Grain Trade Australia (GTA) trading standards.

GrainGrowers has encouraged its members to familiarise themselves with the GTA standards, the receival standards of the bulk handler or buyer, and the terms and conditions of the individual provider to ensure compliance at all levels.

“Growers should also be aware that contaminants may be found, and action taken by the receiver, at any stage of the delivery process, including sampling and unloading.

“Furthermore, bulk handling companies may be able to assign responsibility, and therefore take remedial action, for a contaminant that is discovered after the the truck has left the site.

“If unsure, call your local storage and handling provider and seek clarity before delivery.”

In Western Australia, bulk handler CBH Group has implemented a tough new stance on growers who try to deliver grain in excess of maximum residue levels.

Its latest report said it had received 1 million tonnes (Mt) of grain in the week to November 8 to take its total for the 2017 harvest to 1.5Mt.

Viterra received nearly 669,627t of grain in the week to 12 November to lift South Australian receivals to 897,415t, and it reports harvest is now well underway in all three of its regions.

GrainCorp, as the major bulk handler for NSW, Queensland and Victoria, has also reported receiving more than 1Mt in the harvest to date.

Those receiving grain are also on the lookout for excessive levels of phosphine, and bulk handlers including Emerald Grain have issued a warning that loads which breach limits will be rejected.

Mr Mathews said Australian growers had built a reputation on producing and delivering the highest-quality grain to domestic and export markets.

“Understanding current receival standards is important in order to maintain access to premium markets and also to ensure that growers are not unwittingly penalised.”