THE announcement by GrainCorp last week of staff cutbacks is the latest and clearest sign of the truly awful harvest which is now under way in eastern Australia. 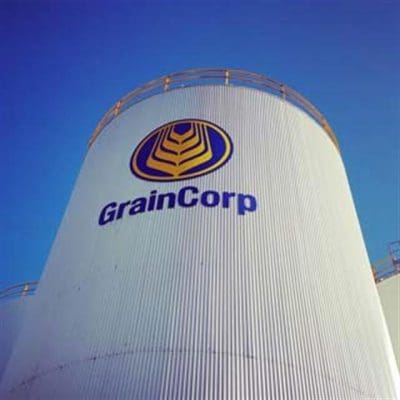 In a move described in the company statement as a “simplification of the eastern Australian operating structure”, a GrainCorp spokesperson has confirmed that 50 out of 1150 jobs will be shed, most of them in management in the company’s head office in Sydney.

The job losses will affect GrainCorp’s planning, operations, customer and commercial management functions, and will see a reduction of management layers in country and port operations, and removal of duplication through streamlining of other functions.

Some positions in GrainCorp’s Marong office near Bendigo will be among the cuts to regional management and administration positions.

“Harvest casuals will be materially lower, and we’re looking at redeploying some staff from the northern regions into southern areas, where the prospects for harvest are better.”

GrainCorp group general manager grains, Klaus Pamminger, said the drought was “a significant challenge”, and the company was acting to ensure a sustainable future in eastern Australia beyond the immediate term.

“Our fixed-cost base must better reflect the volatile volume task we face each year and it must adapt to intense competition in lean years and good years.”

The bright spot in the outlook for Australia’s winter-crop harvest now under way is that plenty of grain is available from southern Australian ports, particularly those in Western Australia.

GrainCorp’s second weekly Harvest Update for 2018 out today indicates another 11,000 tonnes have made their way into eastern ports to lift the transhipment figure to 167,000t.

However, much of the grain coming into Port Kembla, Newcastle and Brisbane, where GrainCorp is the only operator with a presence at each site, is that traders and brokers are getting little of the action.

That is because the shippers, which in most cases are bulk handlers and/or multinationals, are selling the grain in bulk lots of several thousand tonnes direct to consumers.

It means the liquidity which is a hallmark of any well-supplied harvest has gone, and a number of businesses have already rationalised ahead of a low-volume trading period.

They include Special One Grain and Agfarm, and COFCO’s shutdown of its Queensland operation earlier this year.

There could be more to come.

As one broker told Grain Central recently: “We’ve been living off the fumes of 2016, but those fumes have just about run out.”