The headliner was John and Julie Nicoletti’s sale to the Saudi Agricultural and Livestock Investment Company of 200,000ha of eastern wheatbelt country, while Daybreak Cropping also made a purchase in the region by buying the 12,570ha Bodallin Farms.

A raft of family-farming purchases and a few quiet corporate acquisitions made up the balance, and this year is shaping up to be another big one as families expand and diversify, and agriculture looks increasingly like a great place to invest.

Nutrien Harcourts WA region manager Glenn McTaggart said WA’s bumper crop year in 2018 got the cropping property market rolling, and it was yet to show signs of slowing.

“Any type of property in a reasonable area sells.”

Mr McTaggart said farms in higher-rainfall areas had been trading steadily prior to 2019, but a number of farmers in the drier eastern wheatbelt from roughly Merredin to Southern Cross had sat on the market for a year or two waiting for a buyer.

He said the market for them sprang to life with high grain prices, low interest rates and a good season in 2018.

Mr McTaggart has estimated the value of most WA cropping country has risen 20pc, and up to 30pc in places, in the past three years.

“There’s quite a bit of competition in the marketplace.”

He said investment funds appear to be balancing their portfolios across states and regions, and WA farms with an annual average rainfall of 350 millimetres or more were generally in strongest demand.

Also boosting demand has been greater involvement of the younger generation in family farming.

“When mining had a downturn, we saw a lot more of the third and fourth generation coming back to the land.”

Australia’s mining boom which started in the early 2000s has ebbed to coincide with a period of prosperity in farming.

“With more confidence in agriculture, the younger ones are seeing the appeal of farming.”

He said that was increasing the family farming appetite for land. Rolf Meeking on King Rocks, Hyden, on the farm he and wife Sue recently sold through CBRE to a WA farming interest. Photo: CBRE

The January 2018 sale of The Grange at Dongara, south of Geraldton, kicked off the current round of corporate buying in WA.

Covering 16,700ha, it opened the Viridis Ag portfolio, and while the company also owns country in NSW and South Australia, the bulk of its holdings are in WA.

Ruo Emoh, east of Arawa, is believed to be Viridis Ag’s latest purchase.

The 9700ha holding was acquired in February.

Macquarie’s Lawson Grains has four properties in NSW and six in WA: Hakea, Gunnadoo and Jerry South near Esperance; and Walyoo, Wongan and St Leonards south-east of Geraldton.

Daybreak Cropping hit the news earlier this year by purchasing the 18,000ha Erregulla Plains south-east of Geraldton, its second WA purchase after the 6500ha Waddikee Farms west of Esperance, which Daybreak has managed since 2018.

Warakirri Cropping owns eight properties in eastern Australia, and two in WA: the 13,600ha Lobethal east of Esperance, and Mawarra near Merredin.

Mawarra has an average annual rainfall of around 300mm, and is believed to have expanded significantly from its original 10,950ha in part because of its successful soil-amelioration program.

The United States Teachers Insurance and Annuity Association (TIAA) as the parent of Nuveen is also a major corporate owner across Australia including WA.

“The corporates have been chipping away for some time,” Mr McTaggart said.

“Listings are very tight, and there’s not a lot on the market.”

“Farmer-to-farmer sales have come to the forefront in the past three seasons, and before that corporates put the floor in the market.”

“Now it’s about soil types rather than just rainfall.”

He said the increase in land values has meant that leasing, often calculated at around 5pc of the land’s value, had become less attractive in an environment where money was cheap to borrow.

“It’s more difficult to find someone to lease country than it was.”

Mic Fels and family recently sold a farm to Viridis as part of its Ruo Emoh buy, and said its improved soil helped it to attract a buyer which was keen to get strong productivity from the time of purchase.

Mr Fels, who owned the Three Springs property for five years as a satellite to the family’s main operation near Esperance, said time and capital outlay were required to put properties into the top brackets in buyers’ eyes.

“There’s no farm that has all good soils.”

“What sold our farm was that we’d done a lot of soil amelioration, and some soils are worth doing it more than others.”

The addition of clay and organic matter to sandy soils, gypsum to sodic soils and lime to acid soils are among the ways to remove yield constraints, as is deep-ripping to counteract soil compaction.

Consult Ag Dongara-based agricultural consultant Geoff Fosbery said corporates and family farms were investing in land with good or improved soils as well as country calling out for a soil-amelioration program. 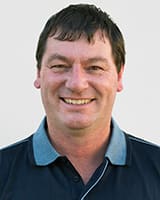 “Corporates and privates have bought good country, or lesser country with a budget to spend on improving it,” Mr Fosbery said.

Mr Fosbery said expanding operations were conscious of not wanting to have all the same soil types which could limit options at planting time, and exposure to single frost or heat-shock events which could hit hard during crop development.

“I’ve had private clients go 400 kilometres away from their home place to buy land that complements their business by spreading the risk.”

“If you’re biased in one direction on soil type, you might be looking to expand into another so that you’ve got a mix of plains sand and clay country, which will mean you’ve got something to bolster you in a wet or a dry season.”

“For all my clientele, the deal’s the same; you want a spread of land management units when it comes to plant-available water, frost and heat.”

“Farm businesses, corporate or family, are doing stacks of amelioration.

“As the price of land goes up, they’re better off ameliorating poorer country.

“You get more bang for your buck.”