AS ANOTHER year begins, Grain Central looks back at the 10 most notable property sales for 2022 and if these transactions can give the industry any clues what this year will bring for the market.

Unsurprisingly, irrigated, rare and large-scale properties dominated sales at the pricier end of the market.

Corporate buyers were still a major player in this category, with Macquarie Asset Management (MAM) making some major purchases in 2022.

However, larger family operators also made their mark, with agents noticing a marked increase in demand from these buyers.

“The rationale for this seems to be twofold – growing their business to continue to achieve economies of scale, and the relative security and financial performance of farmland compared to other sectors of the economy at present,” Mr Barber said.

JLL Agribusiness national director of valuations and advisory Will Gurry said low interest rates for most of 2022 supported this drive to expand.

“This was evident throughout the first half of 2022 with market activity indicating a capital growth in excess of 20 percent per annum.”

Mark Barber said family operators in eastern states have been remarkably resilient in 2022 and continuing to expand despite heavy rainfall and flooding.

He said the situation was reversed for growers in Western Australia and South Australia, with record grain harvests on the cards.

“We are yet to see what the full rural property market impacts of the devastating floods on the East Coast will be.

“It must have been devastating for farmers to see crops that started with so much potential, succumb to excess rainfall and floods.

“However, with full soil moisture profiles and spilling dams, most regions are set up for a good start in 2023.”

In February, MAM announced it had acquired the remaining 51pc stake in Cubbie Station, a cotton-producing powerhouse near Dirranbandi in south-west Queensland.

Cubbie Station covers 93,000-hectares and includes 22,100ha of irrigation and the Dirranbandi gin.

Ruyi bought into the aggregation in 2012, reportedly paying about $232M for an 80pc stake in the operation.

Revealed in October, the three properties, totaling 6856ha, were reportedly sold for circa $150M.

The transaction also featured a combined water allocation of 23,000 megalitres and 7000ML of groundwater.

It is understood Hancock Ag will use the properties to produce cotton and fodder crops. The entire 19,060ha portfolio was originally listed for sale in 2021 on behalf of vendor Ron Greentree.

It is believed a large portion of this property was sold for an undisclosed price to a young farming family already cropping in the region.

In September, a parcel known as Milton Downs East sold at auction to an unnamed buyer.

The 2402ha property was the last of the original portfolio to be sold.

Milton Downs had a strong reputation for producing a range of summer and winter crops.

The Kahlbetzer family’s Twynam Agricultural Group sold Milton Downs and the nearby Boolcarrol at Wee Waa in 2008 for a reported $75M to Greentree Farming, a partnership between Mr Greentree and the Harris family. Continuing the firm’s investment in irrigated-cropping assets, Macquarie was named as the new owner of Central Queensland portfolio Cowal Agriculture in August.

MAM reportedly paid over $120M for the 5976ha aggregation.

The two-parcel portfolio had a strong history of growing cotton, chickpeas, mungbeans and wheat, with 3549ha developed for irrigated row-cropping, and 144ha under centre-pivot irrigation.

In one of the first major transactions for 2022, China’s Shenhua Watermark Coal offloaded its 16,570ha aggregation in NSW’s Liverpool Plains region.

Finalised in January, the aggregation was broken up and sold to 12 local farming families and one corporate institution.

It is believed that the total sale price was circa $120M.

The aggregation came to market in July 2021, after the NSW Government paid Shenhua $100M to surrender its coal exploration licence and mining lease.

The portfolio comprised three aggregations which were used for dryland cropping and beef cattle grazing. 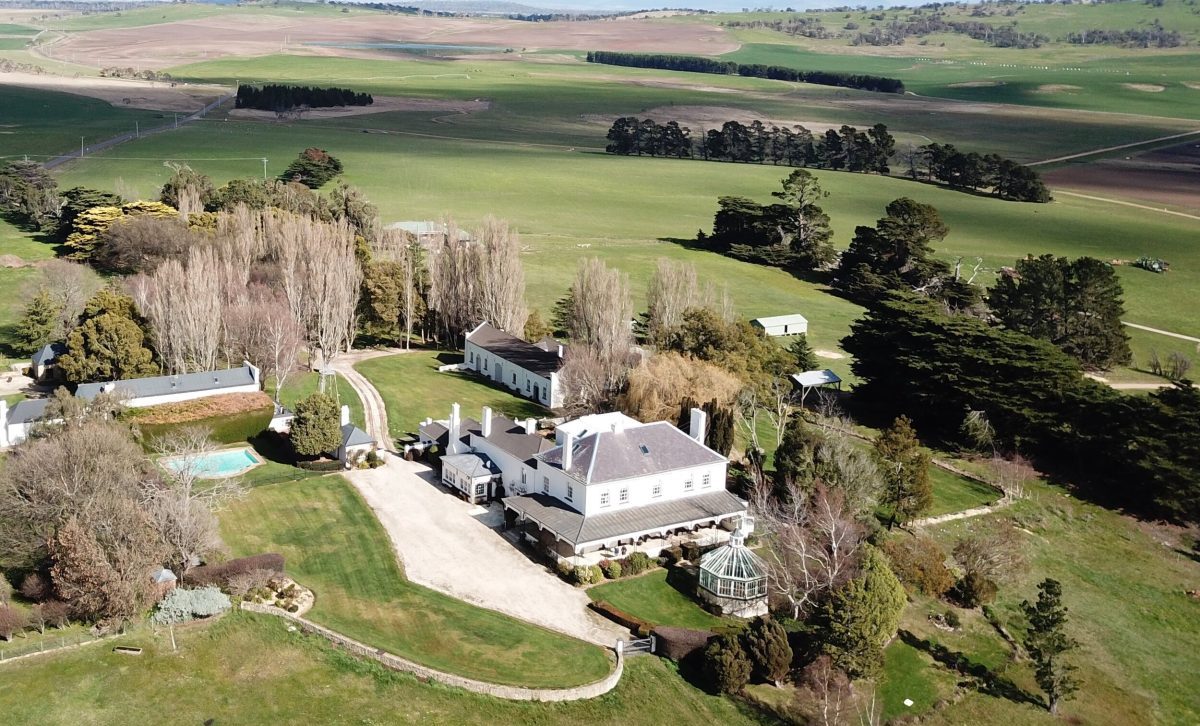 The 4448ha hit the market in March as one of three aggregations listed by private equity firm Proterra Investment Partners.

It is believed that a New Zealand-based farming family purchased the property.

Proterra purchased Vaucluse in 2015 from Michael and Susie Warner, who bought it in 1997 to relocate to Tasmania after a decade in Western Australia.

Another significant property purchase by a prominent farming family in 2022 was the sale of Queensland’s Kalanga Aggregation to Morella Agriculture in February.

Owned by the Coulton family, Morella Agriculture purchased the 12,840ha Border Rivers portfolio from the US-based Hancock Agricultural Investment Group for about $80M.

Kalanga Aggregation is suited to the production of irrigated and dryland cotton and a range of winter crops.

The sale also included a grain-handling facility at Bungunya and two vacant town blocks in Toobeah.

The acquisition added to the Coulton family’s already sizable portfolio of cropping and livestock assets. The irrigated cotton portfolio is located 20km south-west of Hay in the Riverina region of NSW.

It was previously majority owned by Chris Corrigan and David Fitzsimons, with Canada’s PSP Investments a minor stakeholder.

Daybreak Cropping in March purchased the 11,200ha cropping property, Yarrabee Park, in southern NSW from goFARM for more than $60M.

Located 33km south-west of Narrandera, Yarrabee Park is suited to dryland and irrigated cropping, with 740ha under lateral-spray irrigation.

Daybreak was established in 2016 and the broadacre cropping business is managed by Warakirri Asset Management, and includes funds from Canada’s PSP Investments.

Yarrabee Park listed in September 2021 and was sold via an expressions-of-interest campaign. Cotton under establishment on Blackbull, on the NT’s Daly River.

Although not a sizable historic cropping property, the sale of the Northern Territory’s Blackbull Station in June was notable as an acquisition driven by the new owner’s intention to expand the block’s cotton production potential.

The company will collaborate with Customised Farm Management to expand the dryland cotton production footprint at Blackbull.

The property had 800ha developed to cotton with another 5500ha to improved pasture species.