Boortmalt is sourcing barley with a Sustainable Grains Australia declaration for use in its five Australian plants. Photo: Boortmalt

AN AUDITABLE system developed to certify Australian canola for sale into Europe as sustainable has broadened this year to include barley used to produce export malt, and has potential to extend to wheat, pulses and other commodities in coming years. 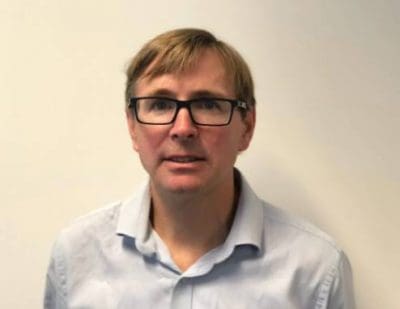 The group has announced a 2030 target for 100-per-cent sustainable sourcing for its European operations, with plans under way for Australia to follow shortly thereafter.

“Joining SGA will allow us to move quickly to achieve this important objective,” Mr Robertson said.

With a global capacity of 3 million tonnes, including 500,000t in Australia, Boortmalt is the world’s biggest maltster, and a key supplier to multinational, regional and local whiskey distillers and beer brewers.

Many are well-known for their own sustainability programs and goals at corporate and operational levels.

“Sustainability is something our customers had spoken to us about, and are urging us to implement,” Mr Robertson said.

“They’ve got brands that are worth millions and they’re aware of the importance of having a social licence.

“We want to be in a better position to supply those multinationals, and locally position Australian barley malt as the preferred choice based on quality, price and sustainable practices.

“Maybe we can increase the size of the pie for Australia.”

Prior to SGA coming into effect last year, SGA parties, as well as CBH Group, were individually certified, and therefore able to ship canola to Europe.

This allowed Australia to sell at least two-thirds of its canola exports to European crushing plants, some of them owned by SGA members on their own path to sustainability, as suppliers of oil to the continent’s biodiesel market. 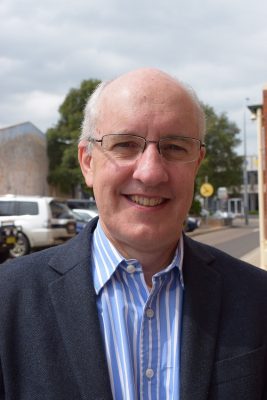 “We did canola last year, we’ve moved into barley this season, and we’re aiming to move to other broadacre crops in the near future,” Mr Goddard said.

“Once the grower is certified under ISCC-EU through SGA, any of those crops will meet those ISCC-EU requirements.”

While being certified to the ISCC-EU standard does not give growers a premium, it is seen as adding value by providing a licence to sell into an increasingly discerning global and domestic market.

“It’s been driven by the customer; that’s why Boortmalt came on board.”

“Programs like this formalise what growers are doing, and we can then present that to our customers.

“It’s one thing for us to say Australian growers are sustainable, but knowing it’s an auditable program gives everyone assurance that it is.”

As well as complying with ISCC-EU requirements which cover grain for industrial use, it also meets requirements for the Sustainable Agriculture Initiative (SAI).

While ISCC-EU aims to provide traceable and deforestation-free supply chains, SAI looks to tick the sustainability box for inputs used by its members to make human food and beverages including beer.

Like ISCC, SAI is headquartered in Europe, and its initial drivers were Danone, Nestlé and Unilever.

SGA requires all growers to be able to provide documentary evidence to demonstrate they fulfil ISCC-EU requirements.

Criteria relates to topics including the safe use and storage of herbicides, input records and soil-health indicators.

It also requires growers to demonstrate that none of their farmed land has been cleared since 2008, and that no land of high conservation value is being cropped.

Each year, it requires growers to submit an electronic Grower Sustainability Declaration through the National Grower Register (NGR).

This declaration allows them to supply sustainable canola and barley to buyers.

SGA is overseen by a central office administered by the AOF, which has engaged Commodities Inspection Services to manage the process.

Mr Goddard said the model proved itself in its first year, and has enabled exporters and traders to focus on buying and selling grain instead of administering an audit system.

“We are now in a position to ramp it up to provide more growers with the opportunity to simplify the process of declaring their grain as being grown in a sustainable manner.”

Mr Goddard said the introduction of SGA as the centralised audit system had lowered the cost of the process significantly for the whole value chain. GrainGrowers Ltd board member and Wimmera grower Julia Hausler was one of the initial group of growers to be audited under SGA.

Mr Goddard said pasta manufacturers, flour millers, vegetable-oil users and barley customers other than Boortmalt had all shown interest in buying grain with an ISCC declaration through the trade.

“It’s becoming the way to operate because it encourages best practice, and a lot of Australian growers are doing that anyway.”

Boortmalt has five operating malthouses across southern Australia, and Mr Robertson said he believed nearly every one of their suppliers was well placed to make an SGA declaration which builds on national initiatives like NGR and Chemcert.

“Brewers that are operating globally are going to see that something like SGA is going to be a much bigger hurdle for farmers in less-developed economies.”

Malthouses are big users of water and energy, and Boortmalt’s plants in Perth and at Minto near Sydney are already reprocessing water.

“We’re looking at additional investments in the context of water savings.”

Boortmalt is also moving to increase its energy efficiency through heat capture, and aims to be able to measure carbon emissions through 50pc of its supply chain.

Mr Robertson said the formalisation of growers’ sustainable practices through SGA has shifted the onus on to industry to reduce carbon emissions and improve energy efficiency through the supply chain.

“The next step is looking at how we start to measure carbon emissions through the supply chain.

“Government and industry needs to work together on this so at a primary production level, we can have a consistent and science-based applicable carbon emissions-measurement tool.”

In conjunction with the Grains Research and Development Corporation, CSIRO is continuing to look at ways for the grains industry to better measure and reduce carbon emissions.

Both the Federal Government and the National Farmers Federation (NFF) have in the past month pointed to the need to operate within a national framework that quantifies sustainability, biodiversity and carbon emissions.

In his address to the Australian Grains Industry Conference last month, Federal Minister for Agriculture David Littleproud said he could see opportunities for Australian growers in producing commodities grown with biodiversity credentials.

“The world is screaming out for this, and in Europe, they want this now more than ever,” Mr Littleproud said.

“We are leading the world in this at the moment in moving toward this, and the window of opportunity for us to grab that is very narrow.”

Last week, the National Farmers Federation voiced its support for reducing net carbon emissions to zero by 2050 in a target known as NCZ2050.