Salus Mutual Management expects growers will be able to protect themselves against counterparty risk for the value of one B-double of wheat per 10,000t crop.

THE feasibility of launching a discretionary mutual fund to protect growers from the risk of counterparty default is being couched in what is believed to be a first for Australia.

Driving it is Salus Mutual Management director Alex Campbell who said insolvencies since 1996 in the Australian, grain, oilseed and pulse industries had led to losses of more than $514 million.

While this total includes secured creditors such as banks and the Australian Taxation Office, it also represents money owed to growers.

As unsecured creditors, Mr Campbell said they often saw little if any of the money owed to them by grain-trading companies or end users which had been declared insolvent.

“Dividends paid to growers have been really low,” he said.

“The year of most insolvencies was 2019, when there were six.

“We can’t stop them from happening, but for the cost of a protection fee, we believe we can reduce their impact.

“What we’re trying to build is an industry safety net that allows farmers to confidently go about their sales as they normally would, with comfort that there is compensation for financial loss where required.”

Grain-trading companies and end-users have long been able to insure against counterparty risk. 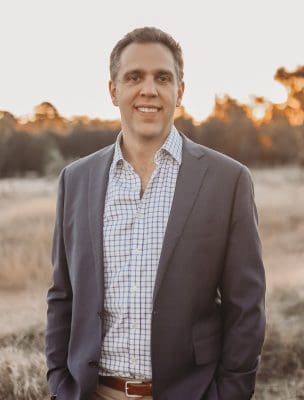 For growers, using clearinghouses such as Clear Grain Exchange and igrainPlus on a fee-for-service basis affords protection against counterparty failure.

However, Mr Campbell said nothing comparable was available to growers contracting grain directly to the trader or consumer.

Through his years at Market Check running grain pools, and these days running wheat and barley pools through his own company, Aperture Ag, Mr Campbell has considerable knowledge of and experience in risk management.

“I asked myself: ‘If I were a grower, what would I want to protect myself against?’

“Counterparty risk protection was the one thing that I found was missing in the marketplace.”

He said insolvencies in the grain industry could affect growers through forward as well as executed contracts.

“People think about the money they won’t get paid for grain they’ve delivered, but there’s also counterparty risk in the grain you have forward sold.

“If the market you have to resell your grain into is $50 per tonne lower than where it was when you entered into the contract, then that’s what you’re out of pocket.

“That’s another aspect of the market the mutual is looking to protect against.”

Mr Campbell expects Salus Mutual Management to hold greatest appeal to growers in eastern Australia, where the depth of domestic demand sees many more counterparties operating than in Western Australia.

The protection fee will be payable each season on the tonnes of grain they expect to market.

The Salus model proposes that protection fees are paid in two parts; a pre harvest estimate and then a balancing calculation at the conclusion of harvest to adjust for final yields.

“Once the crop is off, growers will know how much they have to market, and that’s how the second and final payment will be calculated.”

Any grain to be used on farm for seed or feeding of livestock, and within the same business, will not be included.

Victorian Farmers’ Federation grains manager Simon McNair said a mutual fund such as that Salus was proposing could be a welcome inclusion to growers’ risk-management strategy.

“It’s another arrow in the quiver, and something we’ll discuss further with our members further down the track,” Mr McNair said.

He said while grain traders have discretionary limits as to their exposure to counterparties and can offset risk as they build their books, growers can leave themselves “wide open” when selling their grain.

“Because of the model being a mutual, I expect the fund will need some finance to get it up and running, but I think it’s a positive thing.”

Mr Campbell said the onus would be on growers or their brokers to ensure their counterparty was on Salus’ approved list on the day they contract their grain.

“If a farmer hasn’t seen their payment from the counterparty, we’ll get on to it and try to figure out.”

He said members experiencing slow or non-payment from counterparties will be able to report the issue to Salus.

“That could be a flag for growers to be cautious about trading with a particular counterparty, and we could then look at moving that party off our approved list.”

Mr Campbell said the mutual was expected to launch with an approved list of counterparties with credit scores.

It will include some domestic end users as well as trading companies.

“If you’re selling to a counterparty not on the list, you can drop us a quick query, and we should be able to turn that around fairly quickly.

“I really believe this is a good product, but we’ll have to see what the grower thinks before we will launch it.”

Mr Campbell said success of the product required broad grower uptake, and he expected it would price at the cost of one B-double, or 42t, of grain out of a 10,000t crop, or 8.4t for a 2000t crop.

“Globally, insurers are shutting lines of business as they look at counterparty and indemnity risk.

“With the mutual being grower owned, it means no-one can pull it from under us.”

As a discretionary mutual, the fund will receive and distribute money independently from other financial institutions, and will pay a management fee to Salus Mutual Management.

Mr Campbell will sit on the board as a non-executive director, and is currently looking for three grower-member directors, and one non-member director.

While the mutual will build up a pool of capital through premiums paid, Mr Campbell said the board may need to seek finance during its early years in the event of a counterparty to member contracts falling over.

“If we have for example $500,000 in the mutual fund and claims of $1.5 million, we could pay that proportionally, or borrow some money. We’re wanting to have this covered by a re-insurance policy, but this is difficult in the current insurance market.”

“To borrow we would have to have some certainty of income, and that’s why I ask anyone who would be interested in taking out protection with the mutual to get in contact with me through our website.”

Mr Campbell said Salus was not seeking or expecting any government support for the fund.

“The government approach says there are insolvencies in grain, but no more than in any other sectors, and less than some.

“In other words, the insolvency rate in ag is not evidence of market failure, so it doesn’t need government intervention.”

“GTA exists because the government wants the industry to work it out for themselves as this generally leads to better outcomes for industry stake holders.”

Grain Central has reported on a number of insolvencies since it launched in 2016, and most of them occurred in 2019, namely: All Commodities; Special One; Lempriere Grain; GrainPro; Dalgrains, GrainWorks.

In February 2020, then Australian Small Business and Family Ombudsman Kate Carnell told the VFF Grains Conference grain growers needed to do what they could to protect themselves against insolvencies.