Year in review – Grain stories that led the news in 2017

IT was always going to be a tough ask for 2017 to match the extraordinary cropping year of 2016 when Australia produced a record winter crop of 59.1 million tonnes (Mt).

Not surprisingly, 2017 returned to a more ‘normal’ farming season with a wide range of conditions across the nation that produced a mix of cropping outcomes.

As the last of the 2017 crops are harvested, ABARES estimates this season’s winter crop will reach 34.9Mt, slightly below the 10-year average.

Grain Central takes a look back over the stories that led the news in the cropping world in 2017:

2017 started with a brutal summer that knocked the stuffing out of crops in the northern farming zone.

Grain Central reported on the record temperatures in many areas that sapped soil moisture levels and put the heat on sorghum, sunflower, mungbean and cotton crops. 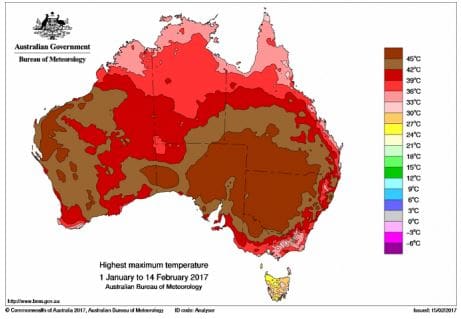 Uncertainty haunted chickpeas as the year began. Australia had grown a big crop in 2016, but just how big wasn’t known and it was uncertain when the demand into India’s perilously empty storages would abate.

Growers went big again with chickpea plantings in 2017 because, at the margin, the price signals on cereals were relatively unattractive.

The 2017 export trade of Australian cereals, oilseeds and pulses hit the ground running after a big production year in 2016.

Canola shipments maintained around 0.5Mt per month for seven months. EU biofuels manufacturers purchased around $1.8 billion worth of Australian canola, and there was significant demand from south Asia.

Barley exports began slowly into a world market which viewed Australian barley as too expensive, although world barley prices strengthened enough in late summer to trigger export trade of over 1Mt each month from January-March. Australian barley shipments to China were strong, as they were to about 10 other long-term importing countries in the Middle East and elsewhere in Asia.

Wheat export shipments began modestly, but accelerated only when Northern Hemisphere crops in their springtime began to be threatened by drought and frost; prices at the same time striding upwards.

Enter Russia with another near record wheat crop of 93Mt, presenting another massive export task to it and other former Soviet Union (FSU) states. 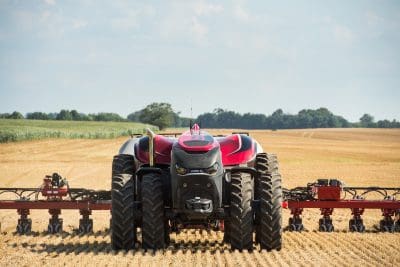 Australian researchers were once again at the forefront of game-changing discoveries that will advance the lot of crop producers. Breakthroughs in genetic and breeding techniques have provided scientists with the tools to develop better crop varieties and farming techniques.

Calls in Europe for a ban on the herbicide, glyphosate, had Australian farmers wondering what the implications would be for Australia, particularly for the no-till system of farming that is so dependent on the herbicide.

After much procrastination, the European Commission extended the licence for glyphosate for another five years.